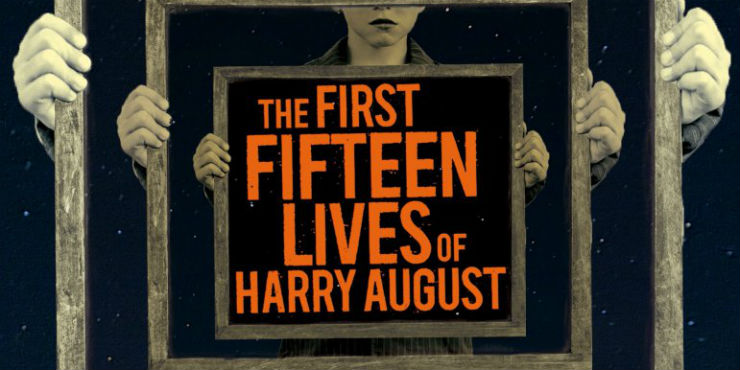 The awakening of Miss Prim by Natalia Sanmartin Fenollera

Prudencia Prim relocates to the French village of San Ireneo de Arnois and becomes a librarian. The course of her life soon becomes challenging in matters of debate and romance.

The Interestings by Meg Wolitzer

Six teenagers form close friendships at an arts summer camp in 1974. This book charts their drastically changing lives from adolescence to middle age.

The Infatuations by Javier Marias

Elegant murder mystery by one of Europe’s most admired contemporary novelists. Every day, Maria Dolz stops at the same cafe and watches a couple following the same routine. One day, she comes across a photograph of the man, lying stabbed in the street. When the woman returns with her children, who are then collected by a different man, a new light is shed on the death.

The first fifteen lives of Harry August by Claire North

Every time Harry August dies, he is reborn in exactly the same time and place, with all the knowledge of a life he has already lived a dozen times before. He only knows that there are others like him, living with but apart from the rest of us. This is the story of how he tries to save a past he cannot change and a future he cannot allow.

A death in the family by Karl Ove Knausgård

Autobiography charting Knausgård’s childhood and teenage years, his infatuation with rock music, his relationship with his loving yet almost invisible mother and his distant and unpredictable father, and his bewilderment and grief on his father’s death.

The bone clocks by David Mitchell

Genre and time-hopping page turner. One drowsy summer’s day in 1984, teenage runaway Holly Sykes encounters a strange woman who offers a small kindness in exchange for ‘asylum’. Decades will pass before Holly understands exactly what sort of asylum the woman was seeking.

The girl with all the gifts by M R Carey

Post apocalyptic zombie survival tale that is not for everyone but very well written if you want to try something completely different.

Her by Harriet Lane

Two women’s worlds collide, turning a friendship into a destructive game of cat and mouse.

The shoemaker’s wife by Adriana Trigiani

Set in the Italian Alps, two teenagers, Ciro and Enza meet and seem destined to be together. Circumstances drive them apart, but both individually move to New York City. Ciro masters shoemaking and Enza takes a factory job, until fate intervenes and reunites them. But it is too late?

Cutting for stone by Abraham Verghese

Unforgettable story of twin brothers born in Ethiopia from the secret union between a beautiful Indian nun and a British doctor, and the choices each of them must face as they become men.