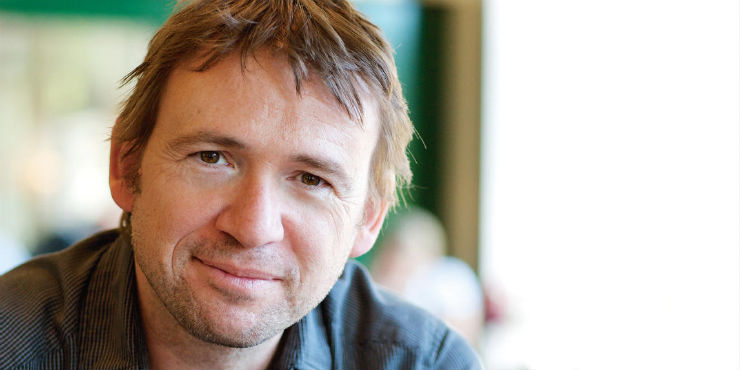 This was the first novel I read by Paul Auster and it is my favourite. Leviathan grips the reader’s interest from the word go – “Six days ago a man blew himself up by the side of a road”.

The story unfolds in flashback to unveil another of his typically kaleidoscopic tales, one that unfolds by means of chance encounters and bizarre coincidences which dictate the course of events surrounding his intriguing and compelling cast of characters.

Auster explores failure, identity, chance, coincidence and the evasive nature of truth. Maria, the character who follows strangers to photograph them is based on Sophie Calle, the French performance artist who recreated her own life by photographing actual people while creating fictions about them.

In northern Iceland, 1829, Agnes Magnúsdøttir is condemned to death for her part in the brutal murder of her lover. Agnes is sent to wait out her final months on the farm of district officer Jøn Jønsson, his wife and their two daughters. Horrified to have a convicted murderer in their midst, the family avoid contact with Agnes. Only Tøti, the young assistant priest appointed Agnes’s spiritual guardian, is compelled to try to understand her. As the year progresses and the hardships of rural life force the household to work side by side, Agnes’s story begins to emerge and with it the family’s terrible realisation that all is not as they had assumed.

Hannah Kent portrays Iceland’s landscape, where every day is a battle for survival, and asks how one woman can hope to survive when her life depends upon stories told by others.

Jason is 13, doomed to be growing up in the most boring family in the deadest village (Black Swan Green) in the dullest county (Worcestershire) in the most tedious nation (England). And he stammers. This novel follows 13 months in his life, covering the pitfalls of school and home, bullies, girls and family politics.

A Song for Issy Bradley by Carys Bray

Sometimes however much you love someone, you can’t understand them. Ian used to think that his life had been disappointingly easy, compared to the pioneers. He had a happy marriage, four children, a satisfactory job and, for just over a year, he has served the church in his role as Bishop of the local congregation, an enormous responsibility. And then Issy died. Now his wife, Claire, won’t get out of their dead daughter’s bottom bunk and she won’t speak.

Moving, funny and sharply observed A Song for Issy Bradley explores the outer reaches of doubt and faith but ultimately it’s a story about a family trying to work out how to carry on when their world has fallen apart.

Elizabeth is Missing by Emma Healey

“Elizabeth is missing”, reads the note in Maud’s pocket in her own handwriting. Lately, Maud’s been getting forgetful. She keeps buying peach slices when she has a cupboard full, forgets to drink the cups of tea she’s made and writes notes to remind herself of things. But Maud is determined to discover what has happened to her friend, Elizabeth, and what it has to do with the unsolved disappearance of her sister Sukey, years back, just after the war.

Elizabeth is Missing is an investigation into a seventy-year-old crime, through the eyes of the most unreliable of narrators. Emma Healey spent most of her working life in libraries, bookshops and galleries. She is a graduate of the UEA MA in Creative Writing programme. Elizabeth is Missing is her first novel.

The Understudy by David Nicholls

For Josh Harper, being in show-business means everything he ever wanted – money, fame, a beautiful wife, and a lead role on the London stage. For Stephen C. McQueen, it means a disastrous career playing passers-by and dead people. Stephen is stuck with an unfortunate name, a hopeless agent, a daughter he barely knows, and a job as understudy to Josh Harper, the 12th Sexiest Man in the World. When Stephen falls in love with Josh’s clever, funny wife Nora, things get even more difficult – but might there yet be a way for Stephen to get his Big Break?

Warm, witty and readable. It’s light but you will go along for the ride.

Recession has shuffled Clay Jannon out of his life as a San Francisco web design drone and has landed him a new job working the night shift at Mr. Penumbra’s 24-Hour Bookstore. There are only a few customers, but they come in repeatedly and never seem to buy anything; instead they simply borrow impossibly obscure volumes from strange corners of the store, all according to some elaborate, long-standing arrangement with the gnomic Mr. Penumbra. The store must be a front for something larger, Clay concludes, and soon he’s embarked on a complex analysis of the customers’ behaviour.

A very satisfying (and old-fashioned) adventure story, Sloan’s debut is also a reminder about the pleasures of reading, of discovery, of investigation, and of books themselves.

Unbroken is the true story of World War II hero Louis Zamperini, a former Olympic track star who survived a plane crash in the Pacific, spent 47 days drifting on a raft, and then survived more than two and a half years as a prisoner of war in several brutal Japanese internment camps. An amazing story and soon to be a Hollywood film.