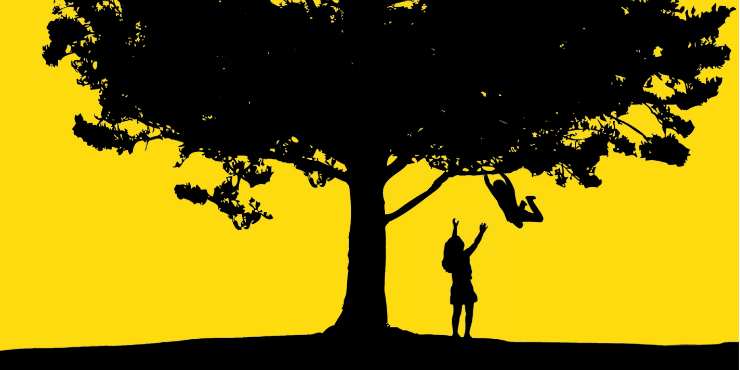 Spanning a period of fifty years from the 1960s to the present day, Margaret Drabble’s latest novel tells the story of Jess Speight, an anthropologist, who becomes pregnant during an affair with a married professor.

The professor leaves and Jess becomes a single mother; she puts her career on hold, sets up home in North London, and manages to get by working as a freelance writer:

“She wrote quickly, easily, at an academic or popular level. She became an armchair, study-bound, library-dependent anthropologist.”

When Jess’s baby, Anna, is born, the pure gold baby of the title, she is a peaceful, contented child, ready to smile at everyone and everything around her and is no trouble at all.

However, after a time, Jess notices that Anna is not developing at the same rate as other children of the same age, and although she hopes that Anna is merely a late developer, she knows her child is different. And Jess is right; Anna is different and, after visits to doctors, she is identified as a child with special needs.

Narrated by Jess’s friend, Eleanor, as she looks back over the years, The Pure Gold Baby is the story of Jess’s and Anna’s journey together and the sacrifices and the decisions Jess has to make for Anna. During the course of the story, through Eleanor, we learn not just about Jess’s and Anna’s shared life, but also the lives of the group of friends around them; we read of love affairs, separations, illness, death, successes and failures.

Engaging and interesting read set in Apartheid South Africa where photography is used to analyse and examine a society on the brink of enormous change. I went to hear him read in June, alongside J.M.Coetzee, in Norwich, and was, like everyone else, really impressed by the excerpt he read from Double Negative.

All the birds, singing by Evie Wyld

Jake Whyte is the sole resident of an old farmhouse on an unnamed British island, a place of ceaseless rains and battering winds. It’s just her, her untamed companion, Dog, and a flock of sheep. Which is how she likes it. But something is coming for the sheep – every few nights it picks one off, leaves it in rags.

It could be anything. There are foxes in the woods, a strange boy and a strange man, rumours of an obscure, formidable beast. And there is Jake’s unknown past, perhaps breaking into the present, a story hidden thousands of miles away and years ago, in a landscape of different colour and sound, a story held in the scars that stripe her back.

We are all completely beside ourselves by Karen Joy Fowler

Rosemary’s young, just at college, and she’s decided not to tell anyone a thing about her family. So we’re not going to tell you too much either: you’ll have to find out for yourselves, round about page 77, what it is that makes her unhappy family unlike any other.

Rosemary is now an only child, but she used to have a sister the same age as her, and an older brother. Both are now gone, vanished from her life.

There’s something unique about Rosemary’s sister, Fern. And it was this decision, made by her parents, to give Rosemary a sister like no other, that began all of Rosemary’s trouble. So now she’s telling her story: full of hilarious asides and brilliantly spiky lines, it’s a looping narrative that begins towards the end, and then goes back to the beginning. Twice.

The judges of the Elysian Prize for Literature have to read hundreds of submissions and they may all be looking for something different. Satire on prize culture written by the author of At Last which was inexplicably omitted from the 2011 Booker longlist…

The luminaries by Eleanor Catton

2013 Booker winning doorstep of a novel. An 800 page mystery with a plot as complex and a cast as motley as any 19th-century classic. A vivid tale of lies and deceit, fraud and vengeance, set in the goldfields of Western New Zealand in the 1860s.

Without you by Saskia Sarginson

Set in Suffolk in 1984, this is a very dark, intense read. It tells the story of a family struggling to come to terms with the fact that their daughter, Eva is missing at sea, presumed drowned. Her parents, Clara and Max don’t seem to be drawing comfort from each other and their marriage seems to be falling apart at the seams.

What they don’t know is that Eva survived and is being held captive on a nearby island The story revolves around the relationship (or non–relationship) that develops between Eva and her captor, especially as we delve into her captor’s past to find the key that sets in motion the events in the book.

The story of Ifemelu, her early life in Nigeria, her time as an expat working in America, and her return to her home country.

Adichie writes in a style bursting with colour and vitality. This is well worth considering for your group.

The outcast by Sadie Jones

The author’s style is deceptively simple – spare prose which manages to convey an awful lot. The way she draws her characters by going into minute detail about their everyday actions is particularly effective.

The story centres on a very damaged young man who doesn’t get the help and understanding he needs because this is the 1950’s. There are issues of self harm, prejudice and domestic violence. Not an easy read but a compelling one.