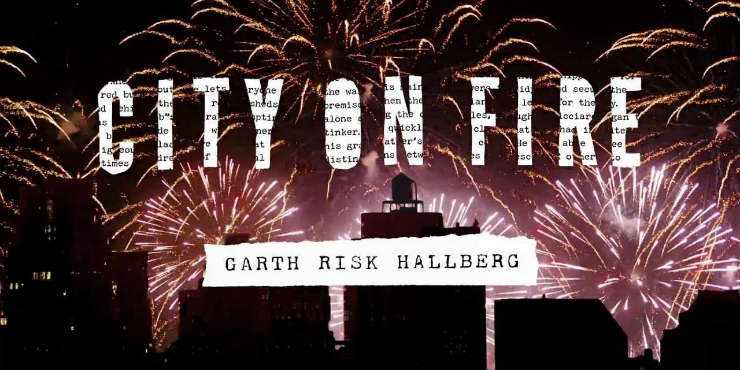 Sunset Song is a powerful story of a land and people in turmoil, seen through the life and struggles of the heroine Chris Guthrie who comes of age in a rural community, torn between her love of the land and the brutal harshness of farming life. But as the First World War and the social and economic upheaval that follow thrust the community into a new age, and the days of the small crofter are over, Chris continues to endure the devastating impact on her life. This book was filmed recently starring Agyness Deyn.

Wartime tale of an evacuee during the Blitz. Noel Rostock is a ten-year-old orphan sent to live with 36-year-old Vera Sedge in St Albans. Vera has money-problems and a scheming mind. They become an unlikely team and embark on a life of petty crime.

Moving novel of a young girl from a small Irish town who emigrates to New York fighting terrible homesickness to make a place for herself.

Just as she seems finally to be settling in America, she has to return home, and the gap between her two lives is revealed. It is a simple story but the characters are beautifully written and seem very realistic.

The spring of Kasper Meier by Ben Fergusson

Compelling portrait of the struggle for survival for ordinary people in post war Berlin. Kasper Meier is a black marketeer who trades in all kinds of products to feed himself and his elderly father. When a young woman, Eva, arrives at Kasper’s door seeking the whereabouts of a British pilot, he feels sympathy for her but won’t interfere in military affairs. But Eva is prepared for this. Kasper has secrets, she knows them, and she’ll use them to get what she wants.

The Gracekeepers by Kirsty Logan

This is a fantasy novel that sweeps you off into Angela Carter territory. Set in a far-off dystopian future the sea has flooded the earth. North lives on a circus boat, floating between the islands that remain. She dances with her beloved bear, while the rest of the crew trade dazzling and death-defying feats for food from the islanders. However, North has a secret that could capsize her life with the circus.

Callanish lives alone in her house in the middle of the ocean, with only the birds and the fish for company. As penance for a terrible mistake, she works as a grace keeper, tending the graves of those who die at sea. A storm creates a chance meeting between the two girls and their worlds change forever.

At over 900 pages and seven years in the writing this is not a quick read. Like Donna Tartt’s The Goldfinch it has the feel of a box set which you either invest your time in or move on to something else. It is set in the run up to and during the electricity blackout which hit New York in July 1977. It is beautifully written but long. The story centres around teenage photography student Samantha Cicciaro who is shot in Central Park on New Year’s Eve 1976. As Detective Larry Pulaski digs deeper into events surrounding the shooting New York’s dark underbelly is explored and characters linked to the case flit in and out of the story. When it was published it was hailed as the latest incarnation of the ‘Great American novel’. This is one which will divide opinions.

The Dressmaker by Rosalie Ham

In the 1950s Tilly Dunnage, a Paris couturier, returns to the one horse town of Dungatar in rural Australia, having left under a cloud of vicious accusations when she was a child. She plans only to visit her mad mother, but ends up staying longer than planned. Ostracised at first, her extraordinary dressmaking skills seduce the locals, who all want a piece of her glamour, and she begins to wonder if she could make a home in Dungatar after all. But small towns are strange places and her popularity doesn’t last long. When the townsfolk turn on her for a second time, she sets out to teach them a lesson, and exact the revenge she’s always felt she deserved. Someone described this as a spaghetti western with fabric. File under dark comedy.

The Versions of Us by Laura Barnett

Two lovers meet fleetingly in Cambridge in the late 1950s. Their lives are told in three different ways which explores how one decision can change an entire life. If you enjoyed One Day by David Nicholls you will probably like this one.