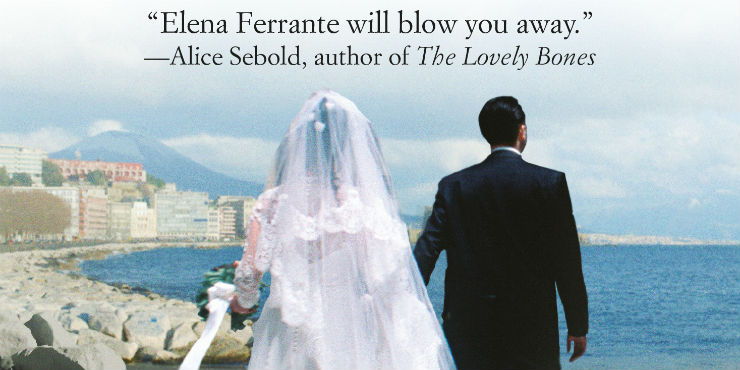 My brilliant friend by Elena Ferrante

This is my current read and I am really enjoying it. A portrait of a female friendship following the story of two young girls growing up in poverty in 1950’s Naples. Within a few pages it will sweep you back to your own childhood and friends you grew up with. This is a real word of mouth ‘find’. I have read contrasting reviews of it but if you like it you will be absolutely hooked and have to read the rest of the series.

Jean Perdu owns a barge turned bookshop called ‘The Literary Apothecary’ and he has a knack for knowing the exact book for any customer to rescue them from their sorrows. Sadly he has been unable to treat his own sadness. He lost the love of his life when she left him leaving just a letter. After 20 years of denial he decides to read it.

The subject matter is not easy reading but this is probably the late Bernardine Bishop’s most fully realised novel. Combining wit, piercing observation and bittersweet charm Unexpected Lessons in Love will pull you in and won’t let you go. This novel was shortlisted for the 2013 Costa Novel Award.

The improbability of love by Hannah Rothschild

Annie McDee, alone after the end of her long-term relationship and trapped in a dead-end job unearths an old painting in a junk shop while she is waiting to meet her feckless boyfriend. Leaving the store with the picture after spending her savings, she prepares an elaborate dinner for two, only to be stood up, the gift gathering dust on her mantelpiece. But every painting has a story – and if it could speak, what would it tell us? For Annie has stumbled across ‘The Improbability of Love’, a lost masterpiece by Antoine Watteau, one of the most influential French painters of the 18th century.

The children act by Ian McEwan

A slim volume if you have just finished The Goldfinch. Sharp characterisation we have come to expect from McEwan and thought provoking on a number of levels. Fiona Maye is a respected High Court judge, renowned for her calm professionalism. But when her husband of 30 years drops a bombshell she finds her life in crisis. At precisely the same time, she is ordered to try a new case. It is an urgent matter of life and death, bringing science and religion into direct conflict – and at its centre is a beautiful adolescent boy with the whole of his life ahead of him. Exactly the kind of case where a small error of judgement might have grave and lasting consequences.

The opposite of loneliness: essays and stories by Marina Keegan

Marina Keegan’s star was on the rise when she graduated from Yale in May 2012. She had a play that was to be produced at the New York International Fringe Festival and a job waiting for her at the New Yorker. Tragically, five days after graduation, Marina died in a car crash. Her unforgettable last essay for the Yale Daily News, ‘The Opposite of Loneliness’, went viral, receiving more than 1.4 million hits.

I am Pilgrim by Terry Hayes

Pilgrim was the codename for a legendary secret agent. When NYPD Ben Bradley tracks down Pilgrim, neither man can imagine the terrifying journey they are about to begin, as what begins as an unusual and challenging murder investigation leads them into a direct collision course with the dark forces of jihadist terrorism. This is an undemanding read in the Bond/Reacher vein. It rattles along at a great rate as you would expect from a top screenwriter. It can only be a matter of time before this is playing at your local multiplex.

One of the classic book club titles. It is hard to believe this one is eight years old now. It is not great literature but it will appeal to all ages and readers. It is set in 1946 and is in the form of letters to and from the central character, Juliet Ashton, a successful writer who becomes involved with a group of people on Guernsey who lived through the wartime German Occupation.