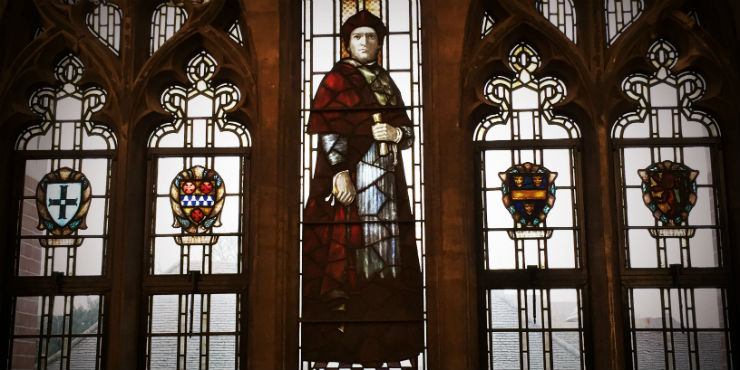 500 years ago, on 24 December 1515, Thomas Wolsey was appointed Lord Chancellor of England. Learn more about the local man with these books and DVDs.

A fictionalised account of the rise of Thomas Cromwell, who became Thomas Wolsey’s right-hand man during Henry VIII’s first marriage to Catherine of Aragon, and eventually orchestrated the King’s marriage to Anne Boleyn. A long read, but don’t be put off by the size of the book, it’s a truly gripping story! You can also listen to it as an audiobook.

Peter Straughan condensed the first two in Hilary Mantel’s trilogy into a six-part television series for the BBC. Widely praised by television critics.

Borman skilfully unpicks the political movements of Cromwell throughout his career, serving both the King and Thomas Wolsey. She expertly highlights the fatal actions that caused his downfall, as well as his own ear-bending, which led to the execution of Anne Boleyn.

A lighter read than most academic biographies of Wolsey. Matusiak has made a great effort to consider Wolsey’s internal self. He is presented not just as proud and cavalier, but also as a perfectionist, who would overload himself with work and became prone to bursts of anger when under pressure and stress-related illness. Matusiak demonstrates how more and more was expected of the King’s chief advisor, until he eventually cracked.

A sensational portrayal of the reign of King Henry VIII and his relationships with the court and the six women he married. Wonderfully acted and beautifully shot.