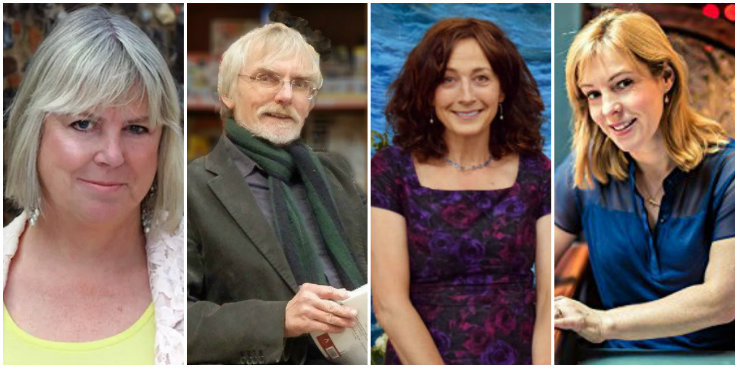 For Suffolk Day (Thursday 21 June), we asked four local authors how the county has inspired their writing.

Mary-Jane Riley is the author of The Bad Things, set in Southwold, as well as follow-ups After She Fell and Dark Waters, set just over the border in Norfolk. She has also worked as a radio presenter. She says about Suffolk:

“I love it here. I love the isolated villages, the desolate salt marshes and reedbeds, the mysterious forests, the sandy beaches, the crumbling cliffs. The sky is wide and often grey, the air is crisp, the winds sharp from the North Sea. 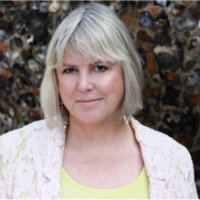 “Suffolk, with its contrasts and edginess, is the perfect place to set a crime novel - as many writers have discovered: PD James, Ruth Rendell, Nicki French, Dorothy L Sayers - to name only four. So it’s no surprise I based my first crime novel in Southwold.

“With children and dogs, we have spent many hours charging along beaches in summer and winter. The seaside has a very different feel about it in the cold months, and that is what I wanted to capture with The Bad Things. I didn’t want the light and sunny feel of a town in the summer, I wanted whey-faced people huddled in coats, waves crashing on the shore, slate sky meeting slate sea. I wanted isolation, desolation.

“But I wanted a holiday place too, where a family should be happy, but who had dark secrets lurking just below the surface. Southwold was perfect.”

Ruth Dugdall has written a series of crime novels set in Suffolk. The first is The Woman Before Me and the latest is The Things You Didn’t See. She has also worked as a probation officer, a freelance journalist and in theatre.

“Suffolk does not have the easy beauty of chocolate-box counties, its huge skies can be dizzying, narrow roads reach remote villages via vast fields of rape and snuffling pigs, the North Sea is grey and cold. No surprise, then, that this landscape has attracted the dark imaginations of Ruth Rendell, P. D. James, Patricia Highsmith … and me! Suffolk is a major character in all seven of my crime novels. 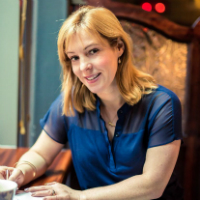 “My home is Felixstowe, which has one just one major road leading in or out of it. It sits on the edge of the country, wedged between farmland and the cold sea. Perfect for a crime novelist, the town is like an Agatha Christie closed-room drama and the setting of my debut novel The Woman Before Me.

“Suffolk has a low crime rate - our county is one of the safest in the UK - yet we lay claim to the Suffolk Strangler, one of Britain’s most prolific serial killers. Perhaps understandably, Suffolk is conflicted about itself, and crime drama is about conflict – it is a genre that reflects the concerns of the world, holding a mirror to life. My Suffolk thrillers ask: how can bad things happen, even here?”

Francesca Armour-Chelu has published two children’s novels, Fenn Halfin and the Fearzero and Fenn Halflin and the Seaborn. She also works for Suffolk Libraries.

“I had a pretty unfettered childhood and spent lots of it exploring Suffolk, particularly Aldeburgh where my parents, both painters, held exhibitions. So Suffolk’s marshlands inspired the settings for the Fenn Halflin series and even specific landmarks, like the Ionia, an old houseboat that ran aground in the river Alde, make an appearance. Now that just her ribs remain, I wanted to resurrect her - if only in words. 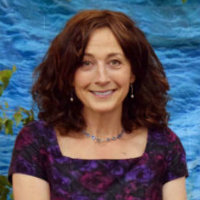 “Numerous writers have made Suffolk their home and the countryside clearly gives stories a wonderful visual anchorage but, being born and bred here, that’s only part of it for me. Growing up, Suffolk felt stranger than other places, less reasonable and more magical than the picture-postcard villages suggest. I think people from here feel this instinctively, hence our legends: Devil’s dogs, wild men snared in fishing nets, ghosts of drummer-boys, green children babbling in strange tongues, to name a few.

“There’s a lovely line in The Little Prince by Antoine de Saint-Exupéry: “It is only with the heart that one can see rightly, what is essential is invisible to the eye”. Essential Suffolk, brimful of old magic, made me a writer; growing up amidst mystery and magic, storytelling inevitably seeps into you.”

Edward Wilson was born in Baltimore and served as an officer in the US Special Forces before becoming an English literature teacher in Suffolk in 1976. He has written a series of spy novels, the most recent of which is A Very British Ending.

“I first came to Suffolk 43 years ago for an interview at Lowestoft College – and it was love at first sight. The landscape echoed a line from Philip Larkin’s Whitsun Weddings: ‘Where sky and Lincolnshire and water meet’. 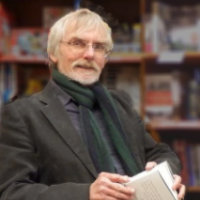 “Although I’m now a UK citizen, I was born in America and served as a Special Forces officer in Vietnam. After leaving the army, I led a troubled existence swapping jobs and countries, but as soon as I saw Suffolk I knew I had come home.”

“My second novel, The Envoy, is an homage to Suffolk. Kit Fournier, an American diplomat/spy, is sent to Suffolk to spy on Orford Ness, but becomes enamoured of the place instead. Kit buys a boat to facilitate his snooping on the secret test site, but shirks his duty to explore the winding creeks and rivers. Butley Creek, ‘in turn desolate, wild and mysterious’, becomes his favourite.

“William Catesby, Lowestoft born and bred, is the main character of my next five novels. Traumatised by his experiences as an SOE officer in France and later as an MI6 spy, he always comes back to Suffolk – and not just for healing. Suffolk is Catesby’s ancestral home and he understands its mysteries. He explains to a colleague that the breaking waves are the ghost voices of an old couple:

“They’re trapped down there where the sea meets the shingle. They’re talking gently tonight, but when the autumn gales come they’ll be shouting at each other.”

“Catesby, like his childhood neighbour Benjamin Britten, knows that Suffolk is also about Peter Grimes and the Red Barn. The dark secrets of Suffolk are just as inspiring for a writer or composer as its gentle soothing beauty.

“My favourite film is Peter Greenaway’s Drowning by Numbers – and its wonderful soundtrack by Michael Nyman. Greenaway captures the dark magic of Suffolk in the very first scene and never lets go. Suffolk’s quiet beauty is never bland: the ordinary cheerfully jogs along beside the sinister; the quirky and bizarre are never questioned, but simply accepted as part of life.

“Unlike the alps, Suffolk isn’t a place that shouts its beauty at the artist or writer. The appeal of Suffolk is understated, subtle and nuanced. It’s a fine wine rather than a cocktail brimming with fruit and spirits. I am sure this subtlety and its hidden surprises – as well as the incredible light! – are qualities that attract so many artists here. It is, for artists and writers, vital that a place inspires them.

“A great example of such inspiration is W.G. ‘Max’ Sebald’s The Rings of Saturn. I think that Max, whom I knew, was not just inspired by Suffolk, but a little frightened of it.

“I’m not sure that I would have become a writer if it hadn’t been for Suffolk. I need the rural isolation and quiet – and also the sea, the rivers and the marshes. Unlike other landscapes, Suffolk is one that is constantly changing owing to the tides, the light and the coastal erosion. In my four decades here, I have a seen a dozen different Covehithes. But what inspires me most is the sense of mystery of a people and land that never reveals all.”

If you’ve been inspired to write a novel, short story or poetry by living in Suffolk, why not self-publish your novel for Suffolk borrwers as an eBook with our Suffolk Writes project?