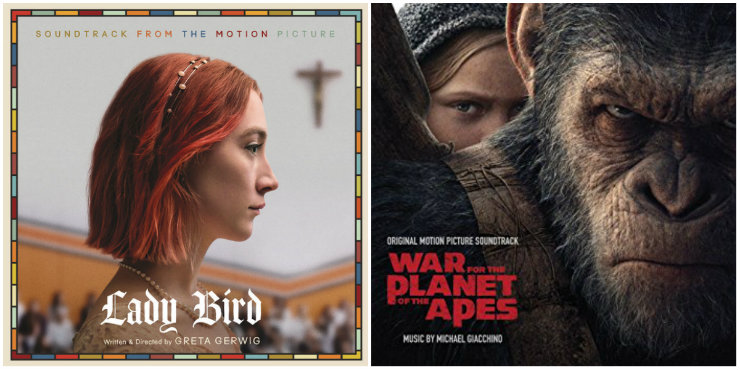 Add a touch of drama to your everyday life with our list of music from recent films you can stream for free with our Freegal service.

Not used Freegal before? Find out more →

The soundtrack for the Golden Globe award-winner features Alanis Morissette, HAIM, The Monkees and more.

Michael Giacchino - War for the Planet of the Apes

Michael Giacchino is also behind the music in several Pixar films, Rogue One: A Star Wars Story and the forthcoming Incredibles 2 and Jurassic World: Fallen Kingdom.

John Williams also composed the music for Jaws, most of the Star Wars films and the first three Harry Potter films, among many others over the past 60 years.

Nick Cave and Warren Ellis have previously teamed up to compose soundtracks for Hell or High Water, The Road, The Assassination of Jesse James by the Coward Robert Ford to name just a few of their projects.