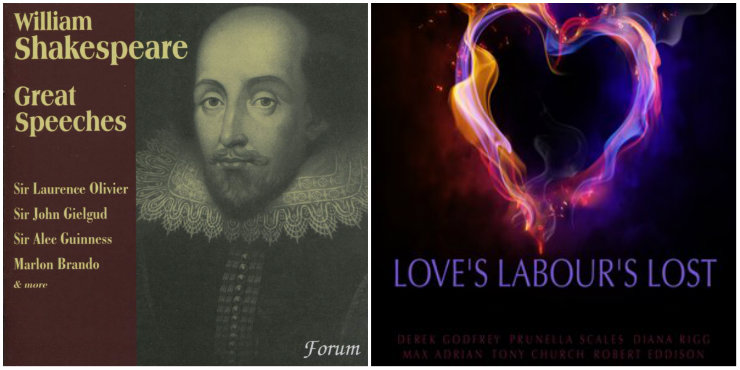 Shakespeare Week runs from 12 - 18 March. Why not mark the occasion by streaming or downloading some Shakespeare-themed spoken word and music from Freegal?

Featuring recordings of scenes from Julius Caesar, Hamlet Macbeth and more first broadcast between 1937 and 1950.

Great Speeches from Shakespeare, by various

Get inspired by Shakespeare speeches from Lawrence Olivier, Marlon Brando, Alec Guinness, John Gielgud and others.

No time to read Romeo and Juliet, and no performances happening nearby? Listen to it in full at home, work or on the go.

Experience the tragedy of Macbeth wherever you happen to be.

Well-known actors take on the central roles in this interpretation of Shakespeare’s comedy.

Ian McKellen stars in this adaptation of the seasonal story.

Music from A Midsummer Night’s Dream, Macbeth, Othello and more.

Shakespeare in Love: Music from the Miramax Motion Picture, by Stephen Warbeck

For fans of the 1998 film starring Joseph Fiennes and Gwyneth Paltrow.