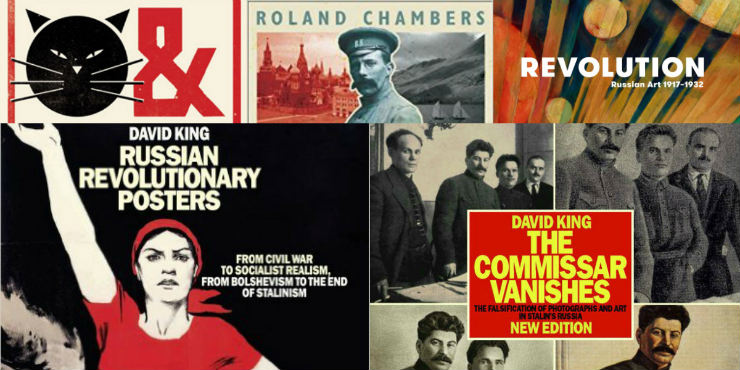 In the centenary year of the Russian Revolution, are you inspired to learn about Russia in the early twentieth century, through fiction, non-fiction, or DVDs? We’ve compiled a list of titles to get you started.

This list was compiled with the help of deputy head of IT Leon Paternoster.

“The story of Yuri Zhivago, physician and poet, is both a panoramic, epic portrait of a country in the throes of the most radical revolution in history, and an intense love story.”

The White Guard, by Mikhail Bulgakov

“Set in the Ukranian capital of Kiev during the chaotic winter of 1918-19, ‘The White Guard’, Bulgakov’s first full-length novel, tells the story of a Russian-speaking family trapped in circumstances that threaten to destroy them. As in Tolstoy’s War and Peace, the narrative centres on the stark contrast between the cost domesticity of family life on the one hand and wide-ranging and destructive historical events on the other.”

The Master & Margarita, by Mikhail Bulgakov

“Russia’s literary world is shaken to its foundations when a mysterious gentleman - a professor of black magic - arrives in Moscow, accompanied by a bizarre retinue of servants. It soon becomes clear that he is the Devil himself, come to wreak havoc among the cultural elite of a disbelieving capital.”

The Last Englishman: the double life of Arthur Ransome, by Roland Chambers

“This title offers an absorbing and often chilling examination of an English icon and his world. Examining Ransome’s life before Swallows and Amazons, it looks at his time spent in Russia as a journalist as well as his dangerous life as a double agent.”

Better-known for Swallows and Amazons, Arthur Ransome worked as a reporter in Russia during the Revolution, putting him in a position to produce these eyewitness accounts from a rare western perspective.

“Inspired by the development of Cubism, the Futurist movement was founded in 1909 by Filippo Tommaso Marinetti, along with painters Giacomo Balla, Umberto Boccioni, Carlo Carrà, and Gino Severini. The school, which celebrated technology and the mechanical era, was comprised of painters, sculptors, designers, architects, and writers.

“Motion and machines were two main themes of this movement, which attacked the bastions of establishment and sparked controversy by its glorification of war and support of Fascism. Experimenting with movement, and speed, and abstract light and colour, the Futurists developed approaches and techniques that were revolutionary at the time, and in retrospect one can see that the Futurists influenced other avant-garde art movements, most notably Russian Constructivism. This book explores the Futurist movement.”

“This study encapsulates a momentous period in Russian history that is vividly expressed in the diversity of art produced between 1917, the year of the October Revolution, and 1932, when Stalin began to suppress the avant-garde and its debates. Based around the great exhibition of 1932 held at the State Russian Museum in Leningrad, the book explores the fascinating themes and artistic developments of the first 15 years of the Soviet state, including painting, sculpture, ceramics, posters, graphics and film.”

Stalin: the court of the Red Tsar, by Simon Sebag Montefiore

“Simon Sebag Montefiore has unearthed the vast underpinning that sustained Stalin. Not only ministers such as Molotov or secret service chiefs such as Beria, but men and women whose loyalty he trusted only until the next purge. Here is the Stalin story from the inside, full of revelations.”

The Last of the Tsars: Nicholas II and the Russian Revolution, by Robert Service

“The Last of the Tsars is a study of a man who was almost entirely out of his depth, perhaps even wilfully so. It is also a compelling account of the social, economic and political foment in Russia in the aftermath of Alexander Kerensky’s February Revolution, the Bolshevik seizure of power in October 1917 and the beginnings of Lenin’s Soviet republic.”

Lenin the Dictator: an intimate portrait, by Victor Sebestyen

“Victor Sebestyen’s intimate biography is the first major work in English for nearly two decades on one of the most significant figures of the 20th century. In Russia to this day Lenin inspires adulation. Everywhere, he continues to fascinate as a man who made history, and who created a new kind of state that would later be imitated by nearly half the countries in the world. Told through the prism of Lenin’s key relationships, Sebestyen’s lively biography casts a new light on the Russian Revolution, one of the great turning points of modern history.”

Lenin on the Train, by Catherine Merridale

“By 1917 the European war seemed to be endless. Both sides in the fighting looked to new weapons, tactics and ideas to break a stalemate that was itself destroying Europe. In the German government a small group of men had a brilliant idea: why not sow further confusion in an increasingly chaotic Russia by arranging for Vladimir Ilyich Lenin, the most notorious of revolutionary extremists, currently safely bottled up in neutral Switzerland, to go home?

“Catherine Merridale recreates Lenin’s extraordinary journey from harmless exile in Zurich, across a Germany falling to pieces from the war’s deprivations, and northwards to the edge of Lapland to his eventual ecstatic reception by the revolutionary crowds at Petrograd’s Finland Station.”

Ten Days that Shook the World, by John Reed

“The author’s eyewitness account of the Russian Revolution. A contemporary journalist writing in the first flush of revolutionary enthusiasm, he gives a gripping record of the events in Petrograd in November 1917, when Lenin and the Bolsheviks finally seized power.

“Containing verbatim reports both of speeches by leaders and the chance comments of bystanders, set against an idealized backcloth of the proletariat, soldiers, sailors, and peasants uniting to throw off oppression, Reed’s account is the product of passionate involvement and remains an unsurpassed classic of reporting.”

“When the original edition of this book was published, John Russell hailed it as “a massive contribution to our knowledge of one of the most fascinating and mysterious episodes in the history of modern art.” Revised and expanded by Marian Burleigh-Motley, the book remains the most compact, accurate survey of 60 years of creative dynamic activity that influenced the progress of Western art and architecture.”

“The story of the development of the Soviet poster, from the revolutionary period through to the death of Stalin. Over 165 posters by both famous and unknown designers reveal the way in which tumultuous events within the Soviet Union were matched by equally dramatic shifts in graphic art and design.”

The Commissar Vanishes: the falsification of photographs and art, by David King

“King looks at how Stalin manipulated the science of photography to further his own political career and to erase the memory of his victims. In each case, the juxtaposition of original and doctored images reveals how easily history can be distorted.”

A Spy Among Friends: Kim Philby and the great betrayal, by Ben Macintyre

“Kim Philby was the most notorious British defector and Soviet mole in history. Agent, double agent, traitor and enigma, he betrayed every secret of Allied operations to the Russians in the early years of the Cold War. His two closest friends in the intelligence world, Nicholas Elliott of MI6 and James Jesus Angleton, the CIA intelligence chief, thought they knew Philby better than anyone - and then discovered they had not known him at all.

“With access to newly released MI5 files and previously unseen family papers, and with the cooperation of former officers of MI6 and the CIA, this definitive biography unlocks what is perhaps the last great secret of the Cold War.”

“A film that centres around the life of Guy Burgess (Rupert Everett) and why he became a Communist spy for the USSR. We learn of his homosexuality at Eton college and the subsequent public school pressures which were an influence on his life.”