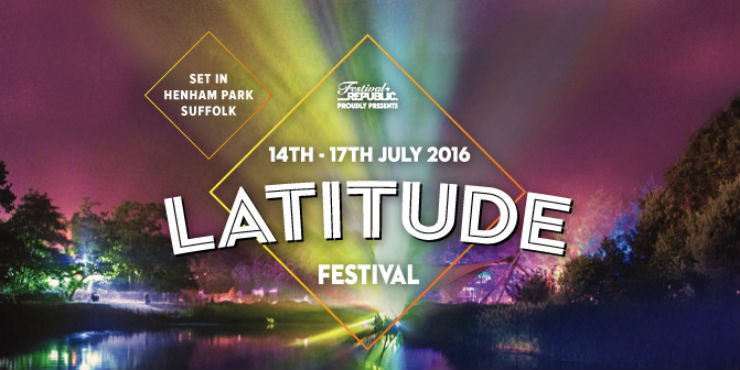 Latitude Festival runs from 14 - 17 July 2016 at Henham Park near Southwold. As ever there is a full programme of music. If you enjoy the music or you want to check out a band in advance why not borrow some of these titles from your local library?

Marks to prove it by Maccabees

Indie rock from the rapidly rising Londoners who will soon be performing at a stadium near you.

No no no by Beirut

Front man Zach Condon has an instantly recognisable sound. If you want your fix of rotary valve flugelhorn and the ukulele this is the place to come.

I love you, honeybear by Father John Misty

Former Fleet Foxes drummer promotes the album widely rated as one of the best of 2015.

Sometimes I sit and think, and sometimes I just sit by Courtney Barnett

Second love by Emmy the Great

High Violet by The National

One of the headliners for this year. Four of the band's albums were included on NME's 2013 list of the 500 greatest albums of all time.

Every open eye by CHVRCHES

Second album by the Scottish synthpop band. Follow-up to their critically acclaimed debut album, The Bones of What You Believe.

Third album by former Czars frontman John Grant. Widely acclaimed as one of the albums of 2015.

Not to disappear by Daughter

Alt pop band. You will recognise a lot of their music from TV drama soundtracks.

Cradle to the grave by Squeeze

Any new record from Difford and Tilbrook is a treat. This was their first new material for some years.

Contains popular single S.O.B. You may have seen them already on Later with Jools Holland.

Another of the headliners this year. New Order were one of the most critically acclaimed and influential bands of the 1980s.

Cleopatra by The Lumineers

Indie folk which should play well with the festival crowd.

The dreaming room by Laura Mvula

Second album to follow the well received Sing to the Moon.

Rising star who will be opening for Florence & the Machine this year.

Are you satisfied? by Slaves

American indie. Don’t be surprised if the band end up in the audience.

Chaleur humaine by Christine And The Queens

Beneath the skin by Of Monsters and Men

Icelandic indie folk pop. This is the follow up to their massive hit album My Head Is an Animal, which contained the hit single Little talks.

In Search of Harperfield by Emma Pollock

The third solo outing from the ex-Delgados vocalist, In Search of Harperfield is Emma Pollock's most revealing and adventurous set of songs to date.