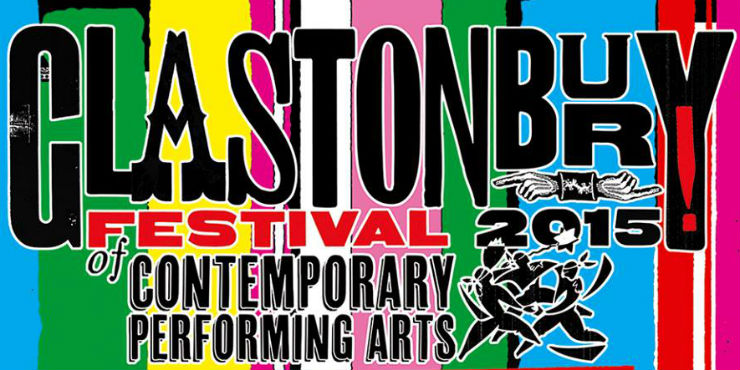 How big, how blue, how beautiful by Florence + the Machine

Flamboyant indie rock queen Florence Welch will be sure to perform songs from her third, new album on the Pyramid Stage on Friday. We also have her previous albums, Lungs and Ceremonials.

Whilst we anticipate Kanye’s next release, SWISH, set to be released this autumn, you can revisit his classics in our catalogue. Yeezus is his most recent, and we also have the Pitchfork 10-out-of-10-er, My beautiful dark twisted fantasy. Kayne performs on the Pyramid Stage on Saturday.

Quadrophenia by The Who

If traditional British rock is more your bag, The Who are performing on the Pyramid Stage on Sunday. Our favourite is Quadrophenia, the rock opera about 1960s mods.

Here in the web team, we’ve chosen a few of our favourite acts appearing at Glastonbury this year.

Leon’s pick: Grotesque by The Fall

1980’s Grotesque is the Fall’s third album, and the first where they really hit their stride — a year later they’d release their masterpiece Hex Enduction Hour. Funny, poppy, ramshackle, spikey and to the point, it has some of Smith’s best lyrical moments. Highlights include trucker anthem Container Drivers, a kazoo-driven paranoid tale of wireless enthusiasts and government wiretapping called New Face in Hell and the deranged, 9 minute epic The North Will Rise Again. Although the Fall and Glastonbury is a seemingly odd mix, I’m sure it’ll be great fun. They will perform at the Park Stage on Sunday.

An eclectic mashup of R’n’B grooves with smooth soul rhythms. With contributions from electronic producer Julio Bashmore and chart topper Ed Sheeran, Tough Love has a lot of talent hidden beneath Ware’s haunting vocals. The songs are perfectly chilled and subtle, some of my favourites being Say You Love Me and Sweetest Song. If you are looking for an album that relaxes and intrigues, then Tough Love should be on your iPod! Jessie Ware is performing on the John Peel Stage on Saturday.

Growling vocals, catchy synth-pop and captivating dad dance moves – what more could you want from a live performance? Singles is the most recent album from the Baltimore band, featuring the infamous Seasons (Waiting On You), the nostalgic A Song For Our Grandfathers and the evocative Back in the Tall Grass. Be sure to see Future Islands perform on The Other Stage on Sunday.