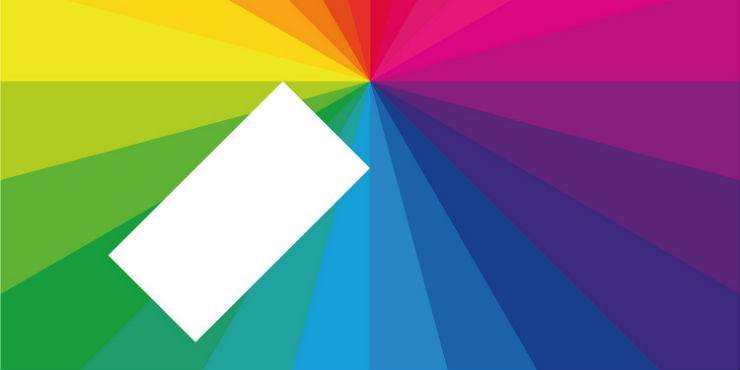 At least for now by Benjamin Clementine

Debut from the singer-songwriter and perhaps the best back story in the shortlist this year. Self-taught balladeer and formerly homeless, Benjamin was discovered in Paris while busking in the streets. Strange and beautiful. The vivid, royal shades that make up the stunning cover-art, featuring Clementine himself, echoes the rich, acoustic melodies of the tracks. This will have you digging out your old Nina Simone albums.

Exquisite, ethereal album. Garden is a favourite on BBC 6 Music, reminiscent of Fleet Foxes. This indie dream pop album seamlessly fuses lofty, chorale vocals with a folksy beat. Soft and murmuring There is a psychedelic shimmer On He Believes in Miracles and the title track.

A distinctive singer. She effortlessly weaves together various musical elements: folk, soul, psychedelia and electronica, which she pairs with rousing lyrics. Why not download the album for free from our Freegal service?

How big, how blue, how beautiful by Florence + the machine

How big, how blue, how beautiful certainly lives up to its name. Welch’s powerful held notes and climatic articulation soar over bellowing, stripped-down guitar and drum bursts. Her debut Lungs was nominated in 2009. In the meantime she has gone from strength to strength headlining Glastonbury this year. Is 2015 the year Florence finally wins?

Obaro Ejimiwe’s third album. This is more instrumental and less electronic than his previous work. Obaro’s lethargic vocals blend beautifully with blunt beats. However in this album, Ejimiwe has turned away from multiform trip-hop and has moved on to moody alt-rock that ebbs and flows. Indeed, both thematically and lyrically, Ghostpoet has also widened his scope beyond the boozy meditations on a direction-less existence in the inner-city, which defined his early work.

In colour by Jamie xx

Seven years in the making, In Colour was painstakingly put together in spare hours grabbed between work for Jamie xx’s band the xx, producing projects, and composing the score for a ballet. The electronic artist crafts atmospheric, relaxing music; making good use of vocal samples. The sound is expansive and anthemic, compounded of breakbeats and a pulsing synth.

There is disco, jazz and even some country on the third album by the voice of Moloko.

Are you satisfied? by Slaves

The loudest thing to come out of Tunbridge Wells for a while. The duo return with a reworking of 70s punk and blues-tinged pub-rock, featuring an inflection of British geezer hip hop.

Before we forgot how to dream by Soak

A portrait of the trials of growing up, mixed with a mature dissection of her thoughts and feelings. It is hard to believe Irish singer-songwriter Bridie Monds-Watson is only 18. Monds-Watson’s tender, husky voice reaches spine-tingling, silvery notes that compliment a humming guitar rhythm.

My love is cool by Wolf Alice

Definitely one of my picks for the best of 2015. After a series of EPs this was eagerly awaited and did not disappoint. A powerful grunge pop/alt rock album with a range of eclectic tracks. Light, tinkling notes shimmer through Turn to Dust, whilst Bros features a tinny cymbal sound, and the rousing Your Love’s Whore has a heavier, layered rhythm.