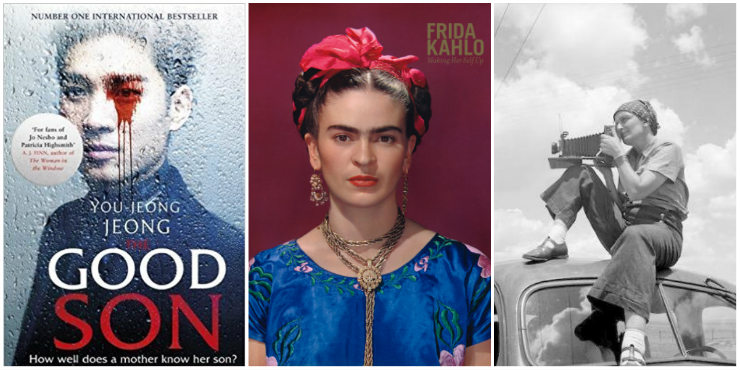 My Friend Dahmer: a graphic novel, by Derf Backderf

“In these pages in graphic novel format, Backderf tries to make sense of Jeffrey Dahmer, the future serial killer with whom he shared classrooms, hallways, libraries and car rides. What emerges is a surprisingly sympathetic portrait of a young man struggling helplessly against the urges bubbling up from the deep recesses of his psyche.”

This is now a major film.

“In Feel Free, pop culture, high culture, social change, and political debate all get the Zadie Smith treatment, dissected with razor-sharp intellect, set brilliantly against the context of the utterly contemporary, and considered with a deep humanity and compassion.”

Feel Free has been a Radio 4 Book of the Week. Smart, charming and witty, Zadie Smith’s topics include the closure of public libraries.

Too Many Pills: how too much medicine is endangering our health and what we can do about it, by James Le Fanu

This one could almost be subtitled ‘the drugs don’t work’.

Drawing on 50 years of experience in medical practice, Le Fanu reveals the truth about medicine’s change in emphasis from alleviating pain to the massive global phenomenon it is today where pills are taken to prevent illness. How did we get to this stage?

Yu-Jeong Jeong is South Korea’s bestselling crime novelist. If you have tired of Scandi crime I would urge you to try this one. The premise is not the most original – a man wakes up covered in blood and with a dead body beside him - but there is enough here to interest the most jaded crime reader.

Frida Kahlo: making her self up, by Frida Kahlo, Claire Wilcox & Circe Henestrosa

“In 1954, following her death, Frida Kahlo’s possessions were locked away in the Casa Azul in Mexico City, her lifelong home. Half a century later, her collection of clothing, jewellery, cosmetics and other personal items was rediscovered.”

This title offers a fresh perspective on the life story of this extraordinary artist and is a companion to the V&A exhibition on Kahlo beginning in June.

Asperger’s Children: the origins of autism in Nazi Vienna, by Edith Sheffer

“In 1930s and 1940s Vienna, child psychiatrist Hans Asperger sought to define autism as a diagnostic category, treating those children he deemed capable of participating fully in society. Depicted as compassionate and devoted, Asperger was in fact deeply influenced by Nazi psychiatry. Although he offered care to children he deemed promising, he prescribed harsh institutionalisation and even transfer to one of the Reich’s killing centres for children with greater disabilities.

“With sensitivity and passion, Edith Sheffer reveals the heart-breaking voices and experiences of many of these children, whilst illuminating a Nazi regime obsessed with sorting the population into categories, cataloguing people by race, heredity, politics, religion, sexuality, criminality and biological defects - labels that became the basis of either rehabilitation or persecution and extermination.”

Anyone with the most cursory knowledge of Dorothea Lange will be familiar with her iconic photograph Migrant Mother which is so redolent of the Dust Bowl era. Lange’s inspiring and influential photographs brought the plight of 20th-century America’s poor and disenfranchised into the public eye.

The Barbican show which starts on 22 June is the first UK retrospective of her work.

The Mars Room, by Rachel Kushner

This has been getting five star reviews in the newspapers and has cemented Rachel Kushner’s position as one of America’s greatest living authors.

“Romy Hall is at the start of two consecutive life sentences, plus six years, at Stanville Women’s Correctional Facility. Outside is the world from which she has been permanently severed: the San Francisco of her youth, changed almost beyond recognition. The Mars Room strip club where she once gave lap dances for a living. And her seven-year-old son, Jackson, now in the care of Romy’s estranged mother. Inside is a new reality to adapt to: thousands of women hustling for the bare essentials needed to survive. These are the deadpan absurdities of institutional living, which Kushner details with humour and precision.”