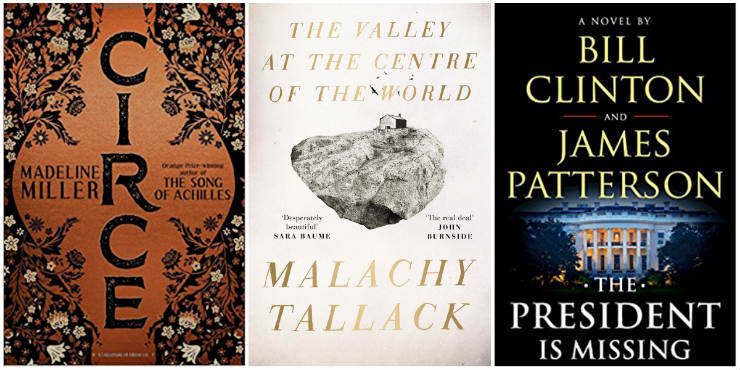 “Rodin, famous for ‘The Thinker’ and ‘The Kiss’, was captivated by the sculptures of Classical antiquity and he constantly reworked and assimilated the forms of ancient Greek and Roman art in his own work.

“Rodin visited the British Museum for the first time in the summer of 1881 and there greatly admired the sculptures of the Parthenon. Before he saw the originals, he was already acquainted with plaster casts of them. The Parthenon sculptures continued to be a major influence on his own work and he visited them frequently on his return visits to London. He also amassed a huge collection of fragments of ancient sculpture that served as a great source of inspiration.”

A fascinating look at how Classical sculpture inspired Rodin and his work. This coincides with the major exhibition of Rodin’s work running at the British Museum until 29 July.

The Valley at the Centre of the World, by Malachy Tallack

This was a recent Radio 4 Book at Bedtime.

“Shetland: a place of sheep and soil, of harsh weather, close ties and an age-old way of life. A place where David has lived all his life, like his father and grandfather before him, but where he abides only in the present moment. A place where Sandy, a newcomer but already a crofter, may have finally found a home. A place that Alice has fled to after the death of her husband.

“But times do change - island inhabitants die, or move away, and David worries that no young families will take over the chain of stories and care that this valley has always needed, while others wonder if it was ever truly theirs to join. In the wind and sun and storms from the Atlantic, these islanders must decide: what is left of us when the day’s work is done, the children grown, and all our choices have been made?”

This is the book the new film Solo: A Star Wars story is based on.

“Han Solo and Chewbacca team up with the galaxy’s most charming rogue, Lando Calrissian, in an epic novel that spans decades - set both around the events of the new Han Solo film and years later, after Return of the Jedi.”

Madeline Miller’s Circe has been one of the most reviewed books recently. Following her bestselling re-imagining of the Iliad, The Song of Achilles, Miller turns to Homer for inspiration once more with a feminist rewrite of The Odyssey.

“In the house of Helios, god of the sun and mightiest of the Titans, a daughter is born. But Circe has neither the look nor the voice of divinity, and is scorned and rejected by her kin. Increasingly isolated, she turns to mortals for companionship, leading her to discover a power forbidden to the gods: witchcraft.

“When love drives Circe to cast a dark spell, wrathful Zeus banishes her to the remote island of Aiaia. There she learns to harness her occult craft, drawing strength from nature. But she will not always be alone; many are destined to pass through Circe’s place of exile, entwining their fates with hers. The messenger god, Hermes. The craftsman, Daedalus. A ship bearing a golden fleece. And wily Odysseus, on his epic voyage home.”

Whistle in the Dark, by Emma Healey

The follow-up to Elizabeth Is Missing from the Norwich-based author is the story of a 15-year-old-girl who goes missing, and comes back unharmed – but changed. You may have recently seen Emma being interviewed on Look East.

Another much reviewed title. A female writer travels round a turbulent Europe in the final volume of Cusk’s innovative trilogy about how we construct our own identities.

The President is Missing, by Bill Clinton & James Patterson

This is a strange one. Mega-selling US writer James Patterson teams up with former President Bill Clinton to write a thriller. The selling point is that it is filled with details only a President would know.