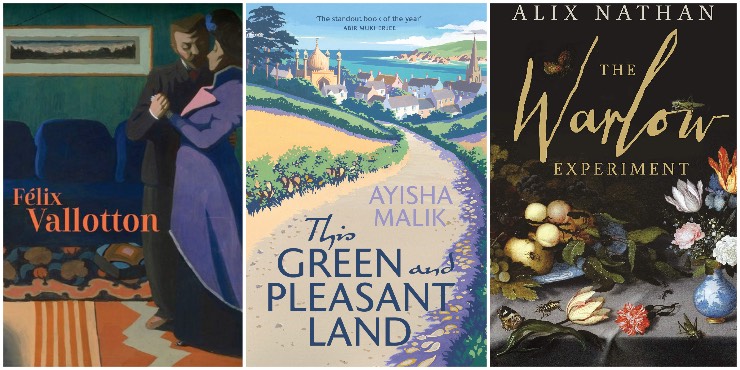 “Cindy Sherman is among the most influential artists of her generation. Using herself as model, wearing a range of costumes and portraying herself in invented situations, she interrogates the imagery employed by the mass media, popular culture, and fine art. Television, advertising, magazines, fashion, and Old Master paintings all form part of her visual language.

“Whether using make-up, costumes, props, and prosthetics to manipulate her own appearance, or devising elaborate tableaux, her entire body of 40 years’ work constitutes a highly distinctive response to contemporary and earlier culture, whose stylistic tropes she appropriates and quotes. This book will explore the rich cultural sources that Sherman plunders in creating provocative and ambiguous images that lead us to question the things we see.”

Alchemy: the surprising power of ideas that don’t make sense, by Rory Sutherland

Why does it sometimes pay to make a product more difficult to use? Why is it OK to pay 30p per Nespresso capsule when you would never pay £50 for the same amount of product in a jar? How can a re-brand make a product a ‘must have’ item when you could not give it away previously? Rory Sutherland has a long and distinguished career in advertising and he shares some of his secrets in this book.

A Radio 4 Book of the Week and the Poetry Society Choice 2019.

“Deaf Republic opens in a time of political unrest in an occupied territory. It is uncertain where we are or when, in what country or during what conflict, but we come to recognise that these events are also happening here, right now.

“This astonishing parable in poems unfolds episodically like a play, its powerful narrative provoked by a tragic opening scene: when soldiers breaking up a protest kill a deaf boy, the gunshot becomes the last thing the citizens hear - in that moment, all have gone deaf. Inside this silence, their dissent becomes coordinated by sign language. The story then follows the private lives of townspeople encircled by public violence.”

Another recent Radio 4 Book of the Week.

“This text is the iconoclastic and controversial filmmaker Derek Jarman’s candid journals from 1989 to 1990. The journals include Jarman’s love of gardening and flowers while he was growing sicker from AIDS.”

“By the end of the 19th century, Paris was the unrivalled capital of the Western art world. Impressionism had transformed the visual arts and post-impressionism was flourishing in its wake; new boulevards and parks had modernised the city; theatres and department stores provided endless opportunities for entertainment and consumption. Artists were seen by many as the avant-garde of a new society.

“Into this dynamic world arrived the 16-year-old Félix Vallotton, who became closely involved with a group of artists known as the Nabis, which included Pierre Bonnard and Edouard Vuillard. Vallotton adopted their decorative painterly language, also sharing their interest in journalistic illustration and Japanese ukiyo-e prints. His paintings and woodcuts offered witty and often unsettling observations of domestic and political life, and he is now considered one of the greatest printmakers of his age. As his work evolved, the sharp realism and cool linearity of his later style made him one of the most distinctive artists of the early 20th century.”

Félix Vallotton is the subject of a major show at the Royal Academy.

The Goldfinch, by Donna Tartt

“Aged 13, Theo Decker, son of a devoted mother and a reckless, largely absent father, survives an accident that otherwise tears his life apart. Alone and rudderless in New York, he is taken in by the family of a wealthy friend. He is tormented by an unbearable longing for his mother, and down the years clings to one thing that reminds him of her: a small, strangely captivating painting that ultimately draws him into the criminal underworld.

“As he grows up, Theo learns to glide between the drawing rooms of the rich and the dusty antiques store where he works. He is alienated and in love and his talisman, the painting, places him at the centre of a narrowing, ever more dangerous circle.”

A fascinating, if weighty read. Donna Tartt’s 2013 book has been made into a film which is expected to have a UK release in September 2019.

This Green and Pleasant Land, by Ayisha Malik

“Accountant Bilal Hasham and his journalist wife Mariam plod along contentedly in the sleepy, chocolate box English village they’ve lived in for ten years. Then Bilal is summoned to his mother’s bedside in Birmingham. Mrs Sakeena Hasham knows she is not long for this world. She has a final request. Instead of whispering her prayers in her dying moments, she instructs her son: You must go home to your village, and you must build a mosque.

“Mariam is horrified. The villagers are outraged. How can a grieving Bilal choose between honouring his beloved mum’s last wish and preserving everything held dear in the village he calls home? But it turns out home means different things to different people.”

This book has been well reviewed and is likely to be a book club choice in future.

The Warlow Experiment, by Alix Nathan

“Herbert Powyss lives on a small estate in the Welsh Marches, with enough time and income to pursue a gentleman’s fashionable cultivation of exotic plants and trees. But he longs to make his mark in the field of science. He hits on a radical experiment in isolation: for seven years a subject will inhabit three rooms in the cellar of the manor house, fitted out with books, paintings and even a chamber organ. Meals will arrive thrice daily via a dumbwaiter. The solitude will be totally unrelieved by any social contact; the subject will keep a diary of his daily thoughts and actions.

“Only one man is desperate enough to apply for the job: John Warlow, a semi-literate labourer with a wife and six children to provide for. The experiment, a classic Enlightenment exercise gone more than a little mad, will have unforeseen consequences for all included.”

This historical tale has been much reviewed.

Why You Should Read Children’s Books, Even Though You Are So Old and Wise, by Katherine Rundell

“Katherine Rundell - Fellow of All Souls College, Oxford, and prize-winning author of five novels for children - explores how children’s books ignite, and can re-ignite, the imagination; how children’s fiction, with its unabashed emotion and playfulness, can awaken old hungers and create new perspectives on the world.”

The Gaia theorist, who is about to turn 100, writes about the possibility of super intelligent robots taking over life on earth.

“The Great Successor is an irreverent yet insightful quest to understand the life of Kim Jong Un, one of the world’s most secretive dictators. Kim’s life is swathed in myth and propaganda, from the plainly silly - he supposedly ate so much Swiss cheese that his ankles gave way - to the grimly bloody stories of the ways his enemies and rival family members have perished at his command.

“One of the most knowledgeable journalists on modern Korea, Anna Fifield has exclusive access to Kim’s aunt and uncle who posed as his parents while he was growing up in Switzerland, members of the entourage that accompanied Dennis Rodman on his quasi-ambassadorial visits with Kim, and the Japanese sushi chef whom Kim befriended and who was the first outsider to identify him as the inevitable successor to his father as supreme ruler.”

Thomas Vinterberg’s 2012 film version of the recent play at the Almeida Theatre.

“When five-year-old Klara (Annika Wedderkop), the daughter of Lukas’s best friend Theo (Thomas Bo Larsen), tells the headmistress of the school - untruthfully - that Lukas has acted abusively towards her, the accusations quickly escalate and Lukas soon faces unanimous condemnation from everyone around him, including his closest friends.”