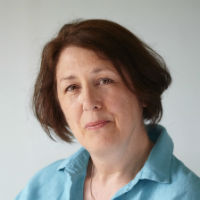 Evans’ book shows how these wealthy, privileged women used their hostessing skills to move in the best circles, with royalty, politicians, artists and social luminaries. She makes the argument that, at the parties they hosted, they were able to exert an influence over policy and art in spite of the limitations society placed on women.

The book has been widely praised for its rich descriptions of the women’s characters, lives, homes, and parties, as well as its wealth of fascinating and exciting anecdotes. The Independent/cite> described Queen Beesas “crammed with fascinating anecdotes”, while the Sunday Express praised it as a “spectacle of celebrity, talent and burning ambition”.

Sian will punctuate her talk with illustrations relating to the book, which are also bound to be very interesting and well-chosen, given her experiences of working for the V&A and the Design Museum. 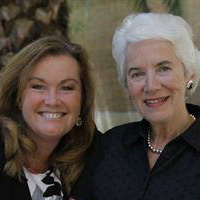 Holocaust survivor Eva Clarke and author Wendy Holden will be speaking at Glemsford Village Hall on Thursday 27 October. Clarke is one of three ‘infant’ survivors interviewed by Holden for her book Born Survivors. The book recounts the extraordinary lives of the three infants’ mothers, Priska, Rachel and Anka, who were all in the early stages of pregnancy when they were sent to the Mauthausen death camp in Austria.

These women showed enormous courage and determination, as their husbands were separated from them and killed, they concealed their pregnancies from infamous Nazi doctor Josef Mengele, and they were forced to work and almost starved to death. They all gave birth shortly before they were due to be sent to the gas chamber - but it ran out of Zyklon-B just as the Allied troops were closing in. This was followed by an extremely challenging journey to freedom, which all three pairs of mothers and infants amazingly survived.

The three women were unknown to one another, but their children went on to meet 65 years later at Mauthausen, on the anniversary of their liberation. Clarke is an established speaker about her life, and is sure to deliver an astonishing, inspiring, almost unbelievable story of survival, against all odds, in the face of inconceivable cruelty, and the triumph of love over evil.