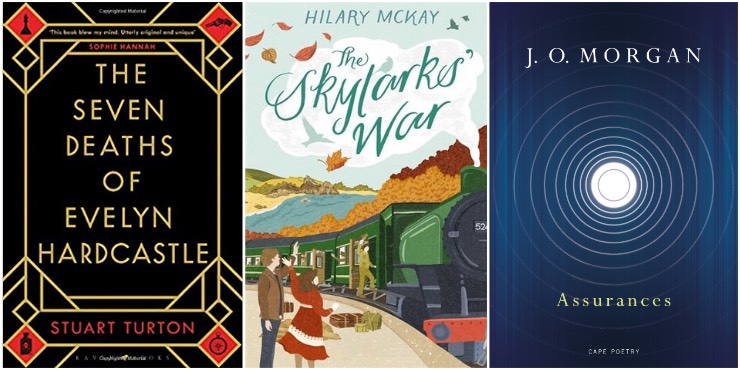 “As fireworks explode overhead, Evelyn Hardcastle, the young and beautiful daughter of the house, is killed. But Evelyn will not die just once. Until Aiden - one of the guests summoned to Blackheath for the party - can solve her murder, the day will repeat itself, over and over again. Every time ending with the fateful pistol shot.

“The only way to break this cycle is to identify the killer. But each time the day begins again, Aiden wakes in the body of a different guest. And someone is determined to prevent him ever escaping Blackheath.”

Biography Award: The Cut Out Girl: a story of war and family, lost and found, by Bart van Es

“The story of a man’s search for the astonishing truth about his family’s past.

“The last time Lien saw her parents was in the Hague when she was collected at the door by a stranger and taken to a city far away to be hidden from the Nazis. She was raised by her foster family as one of their own, but a falling out well after the war meant they were no longer in touch. What was her side of the story, Bart van Es - a grandson of the couple who looked after Lien - wondered? What really happened during the war, and after?

“So began an investigation that would consume and transform both Bart van Es’s life and Lien’s. Lien was now in her 80s and living in Amsterdam. Reluctantly, she agreed to meet him, and eventually they struck up a remarkable friendship.”

“A war-poem both historic and frighteningly topical, Assurances begins in the 1950s during a period of vigilance and dread in the middle of the Cold War: the long stand-off between nuclear powers, where the only defence was the threat of mutually assured destruction.

“Using a mix of versed and unversed passages, Morgan places moments of calm reflection alongside the tensions inherent in guarding against such a permanent threat. A work of variations and possibilities, we hear the thoughts of those involved who are trying to understand and justify their roles. We examine the lives of civilians who are not aware of the impending danger, as well as those who are.”