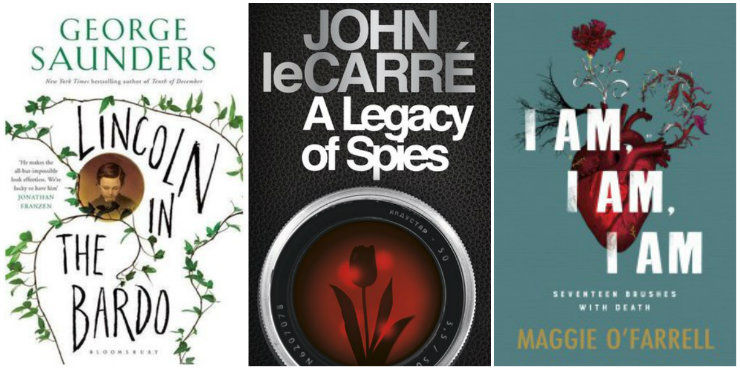 New titles are traditionally thin on the ground in December, so instead of our usual fiction and non-fiction lists, this month we have compiled a list of books that have commanded attention at the stock unit this year.

Some of them have been popular both locally and nationally, while others have been ‘Suffolk secrets’ - we’ve had to order in extra copies to meet demand, but they seem to have flown under the radar more generally.

Has it been a vintage year? We will have to wait and see whether any books published this year become classics. There hasn’t been anything to compare with Harper Lee’s long-awaited sequel Go Set a Watchman and we’re still waiting for the final part of Hilary Mantel’s Wolf Hall trilogy. Nonetheless, it has been an enjoyable year with a lot to interest Suffolk readers.

The Chalk Pit, by Elly Griffiths

“Boiled human bones have been found in Norwich’s web of underground tunnels. When Dr Ruth Galloway discovers they were recently buried, DCI Nelson has a murder enquiry on his hands. The boiling might have been just a medieval curiosity - now it suggests a much more sinister purpose.

“Meanwhile, DS Judy Johnson is investigating the disappearance of a local rough sleeper. The only trace of her is the rumour that she’s gone ‘underground’. This might be a figure of speech, but with the discovery of the bones and the rumours both Ruth and the police have heard that the network of old chalk-mining tunnels under Norwich is home to a vast community of rough sleepers, the clues point in only one direction.

“Local academic Martin Kellerman knows all about the tunnels and their history - but can his assertions of cannibalism and ritual killing possibly be true? As the weather gets hotter, tensions rise.”

2017 has been a breakthrough year for Elly Griffiths. As with premier league authors Lee Child and Dan Brown, we had to order lots of copies of this year’s Ruth Galloway book for our customers.

Elly’s success has been hard-earned and well-deserved, as she has built a solid base of readers through library visits. She was one of the main attractions at this year’s Slaughter in Southwold, organised by Southwold Library, and I recently heard her say she had visited every Norfolk Library bar one.

Elly’s new book, The Dark Angel is due out in February and the reservations are already stacking up. Before turning to crime writing, she wrote romantic novels under the name Domenica de Rosa and these are also worth a read.

“Robert Langdon, Harvard professor of symbology and religious iconology, arrives at the Guggenheim Museum Bilbao to attend the unveiling of a discovery that ‘will change the face of science forever’. The evening’s host is his friend and former student, Edmond Kirsch, a 40-year-old tech magnate whose dazzling inventions and audacious predictions have made him a controversial figure around the world. This evening is to be no exception: he claims he will reveal an astonishing scientific breakthrough to challenge the fundamentals of human existence.

“But Langdon and several hundred other guests are left reeling when the meticulously orchestrated evening is blown apart before Kirsch’s precious discovery can be revealed. With his life under threat, Langdon is forced into a desperate bid to escape, along with the museum’s director, Ambra Vidal. Together they flee to Barcelona on a perilous quest to locate a cryptic password that will unlock Kirsch’s secret.”

Whisper it, but is Dan Brown in danger of losing his crown? He remains popular, but the waiting list for his last book, Inferno was over 300. Origin achieved a reduced, but still healthy 200.

Into the Water, by Paula Hawkins

“In the last days before her death, Nel called her sister. Jules didn’t pick up the phone, ignoring her plea for help. Now Nel is dead. They say she jumped. And Jules has been dragged back to the one place she hoped she had escaped for good, to care for the teenage girl her sister left behind. But Jules is afraid. So afraid. Of her long-buried memories, of the old Mill House, of knowing that Nel would never have jumped. And most of all she’s afraid of the water, and the place they call the Drowning Pool.”

Paula Hawkins had the impossible task of following The Girl on the Train this year. While Into the Water hasn’t entered the public consciousness on quite the same level, it was nonetheless a huge bestseller and had a long waiting list. Luckily, it quickly became available to borrow as an eBook, which helped us manage the demand.

Lincoln in the Bardo, by George Saunders

“The American Civil War rages while President Lincoln’s beloved eleven-year-old son lies gravely ill. In a matter of days, Willie dies and is laid to rest in a Georgetown cemetery. Newspapers report that a grief-stricken Lincoln returns to the crypt several times alone to hold his boy’s body.

“From this seed of historical truth, George Saunders spins an unforgettable story of familial love and loss that breaks free of realism, entering a thrilling, supernatural domain both hilarious and terrifying. Willie Lincoln finds himself trapped in a transitional realm - called, in Tibetan tradition, the bardo - and as ghosts mingle, squabble, gripe and commiserate, and stony tendrils creep towards the boy, a monumental struggle erupts over young Willie’s soul.”

Of all the books on this list, this is most likely to become a classic. Before Lincoln in the Bardo was published, there was much speculation as to whether George Saunders could deliver with his first full-length novel after a stellar career writing short stories.

Happily, he did deliver, and even became only the second American author to win the Man Booker Prize. This unique novel blends fact and fiction and features multi-voiced ghosts who are alternately funny, moving and terrifying.

This is more of a Young Adult title but it’s bound to be read by many adults who were brought up on the His Dark Materials trilogy. La Belle Sauvage is set ten years before Northern Lights and featured his much-loved character Lyra Belacqua as a baby.

It is a pleasure to drive back into the world of daemons and link up again with characters from the His Dark Materials books, and it is very hard not to read the whole book in one go. It ends with the dreaded words ‘to be continued’, so hopefully the next instalment will not take too long to arrive.

A Legacy of Spies, by John le Carré

“Peter Guillam, staunch colleague and disciple of George Smiley of the British Secret Service, otherwise known as the Circus, is living out his old age on the family farmstead on the south coast of Brittany when a letter from his old Service summons him to London. The reason? His Cold War past has come back to claim him. Intelligence operations that were once the toast of secret London, and involved such characters as Alec Leamas, Jim Prideaux, George Smiley, and Peter Guillam himself, are to be scrutinised under disturbing criteria by a generation with no memory of the Cold War and no patience with its justifications.”

The publication of A Legacy of Spies was one of the big book events of the year. 85-year-old John le Carré closed George Smiley’s story while bringing back his colleagues from the original books.

“Renowned as a much-loved and highly respected BBC journalist, Victoria Derbyshire has spent 20 years finding the human story behind the headlines. In 2015 she found herself at the heart of the news, with a devastating breast cancer diagnosis. With honesty and openness, she decided to live out her treatment and recovery in the spotlight in a series of video diaries that encouraged thousands to seek diagnosis and help.

“Victoria has kept a diary since she was nine years old and in Dear Cancer, Love Victoria she shares her day to day experiences of life following her diagnosis and coming to terms with a future that wasn’t planned.”

A Life of My Own, by Claire Tomalin

One of the best biographers of her generation turns the spotlight on her own eventful life:

“In this intimate and insightful memoir, Claire remembers moments of national literary history as well as intense personal emotion: a turbulent childhood disturbed by her parents’ custody battle; her escape to Cambridge University, where she met her husband, the journalist Nick Tomalin; life on Gloucester Crescent with neighbours Alan Bennett and Mary-Kay Wilmers.

“Personally, tragedy struck when her husband was killed while reporting in Israel; professionally, Claire’s career soared as she became literary editor of the New Statesman and Sunday Times, working with Christopher Hitchens and Julian Barnes, before discovering her vocation as a biographer.

I Am, I Am, I Am: seventeen brushes with death, by Maggie O’Farrell

“I Am, I Am, I Am is Sunday Times bestseller and Costa Novel Award winner Maggie O’Farrell’s electric and shocking memoir of the near-death experiences that have punctuated her life. A childhood illness she was not expected to survive. A teenage yearning to escape that nearly ended in disaster. A terrifying encounter on a remote path. A mismanaged labour in an understaffed hospital.

“This is a memoir with a difference: seventeen encounters with Maggie at different ages, in different locations, reveal to us a whole life in a series of tense, visceral snapshots. It is a book to make you question yourself: what would you do if your life was in danger? How would you react? And what would you stand to lose?”

This is a book that nearly remained unpublished. It was originally intended as a private project by Maggie O’Farrell that was never intended for publication. Previously reluctant to participate in author events or reveal much about herself, Maggie has laid herself bare in I Am, I Am, I Am and recently talked to a packed-out Woodbridge Library.