Rory Clements is the author of two series of historical thrillers: the John Shakespeare books, set in the late 16th century, and the Tom Wilde novels, which are largely set in and around Cambridge during the 1930s and 1940s. He has won the CWA Historical Dagger twice and has been shortlisted for several awards. 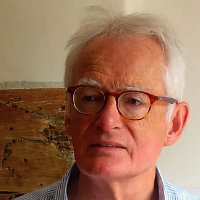 Rory was born and raised in Kent but has deep roots in Norfolk, where he now lives. A former journalist on national newspapers, he writes full-time in a 17th century farmhouse near Norwich. His latest novel is Hitler’s Secret, which is set in northern Germany and East Anglia in late 1941, in the days leading up to America’s entry into the war.