Skulduggery in Stowmarket: Ian Andrew: Suffolk to the Southern Hemisphere

Ian Andrew will be talking about how his many jobs and travels have inspired his characters and stories. 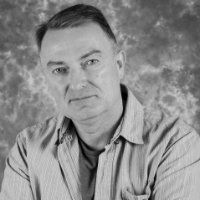 Ian was born in Northern Ireland in 1966. At 18, he joined the Royal Air Force, rising through the ranks from aircraft technician to specialist electronic warfare duties and then intelligence officer. On leaving the Service he relocated to Western Australia and established a training and management consultancy.

In 2014, Ian published his first novel and subsequently founded Leschenault Press and The Book Reality Experience, independent, hybrid publishing services that specialise in helping independent writers. He now combines management of these businesses with international speaking engagements and ghost-writing contracts.

Ian’s first novel was A Time To Every Purpose, an alternative history with a religious twist. His Wright and Tran series of detective novels was launched with the publication of Face Value in 2015. The third in the series, Fall Guys, won the Publishers Weekly BookLife grand prize.