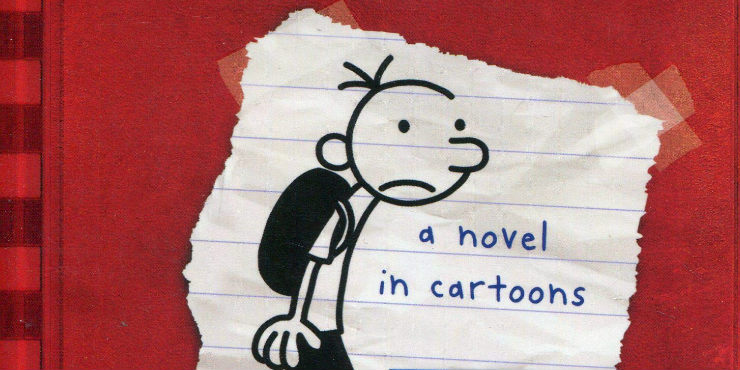 See Diary of a Wimpy Kid in our catalogue

Every day throughout Children’s Month (April 2019), we revealed our libraries’ favourite books. But as we have more than 30 libraries, we’re spilling over into May! Today, Oulton Broad Library has chosen Diary of a Wimpy Kid, by Jeff Kinney.

“I’ll be famous one day, but for now I’m stuck in middle school with a bunch of morons.

“Desperate to prove his new found maturity, which only going up a grade can bring, Greg is happy to have his not-quite-so-cool sidekick, Rowley, along for the ride.

“But when Rowley’s star starts to rise, Greg tries to use his best friend’s popularity to his own advantage.

“Recorded in his diary with comic pictures and his very own words, this test of Greg and Rowley’s friendship unfolds with hilarious results.”