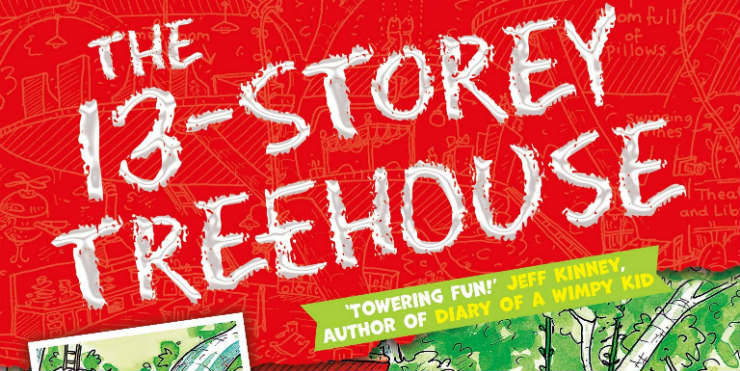 See The 13-Storey Treehouse in our catalogue

Every day throughout Children’s Month (April 2019), we revealed our libraries’ favourite books. But as we have more than 30 libraries, we’re spilling over into May! Today, Glemsford Library has chosen The 13-Storey Treehouse, by Andy Griffiths & Terry Denton.

“Andy and Terry live in the world’s best treehouse! It’s got a giant catapult, a secret underground laboratory, a tank of man-eating sharks and a marshmallow machine that follows you around and shoots marshmallows into your mouth whenever you’re hungry! Just watch out for the sea monkeys, and the monkeys pretending to be sea monkeys, and the giant mutant mermaid sea monster … oh, and, whatever you do, don’t get trapped in a burp-gas-filled bubble!”