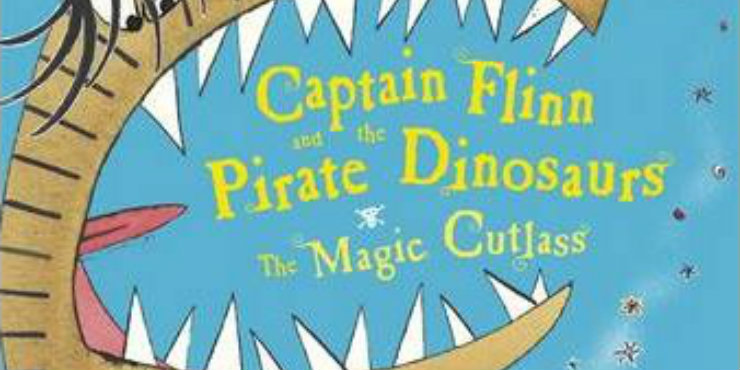 See Captain Flinn and the Pirate Dinosaurs: The Magic Cutlass in our catalogue

“During the school play, Flinn finds himself slap-bang on the deck of a real-live pirate ship… and he’s not alone! Pirate Diplodocus, Pirate Triceratops, Pirate Stegosaurus and, of course, his old arch-enemy, Captain T. Rex, are all there too. They are all on the hunt for the famous magic cutlass that can grant wishes - WATCH OUT, CAPTAIN FLINN! But you have to be careful what you wish for, and that dastardly Captain T. Rex soon finds himself in more trouble than ever!”