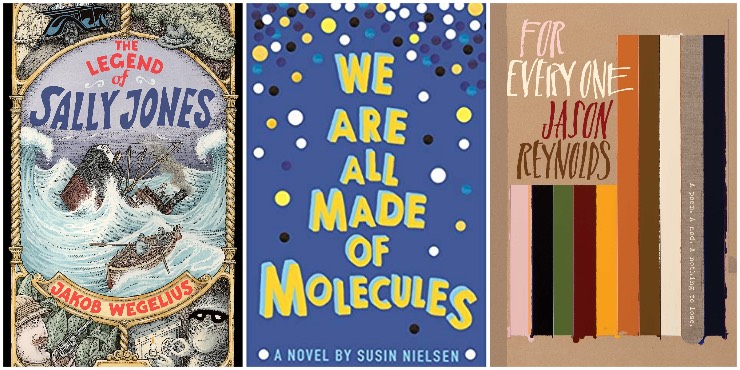 Prize winning Swedish author-illustrator of The Murderer's Ape and its graphic novel prequel The Legend of Sally Jones.

French author of the prize-winning YA novel Piglettes and In Paris with You.

This Canadian author is a librarians' favourite, particularly for No Fixed Address and We Are All Made of Molecules

US poet whose YA debut Long Way Down, a verse novel about revenge shootings, has just been shortlisted for the Carnegie Medal.

Reynolds also recently published an inspirational poem for dreamers, For Every One.

UK-based Filipino author who was recently revealed as the new Booktrust Writer in Residence. Gourlay's debut novel, Bone Talk has been shortlisted for the Carnegie Medal and the Costa Children's Book Award.

Nigerian-American author whose debut, Children of Blood and Bone, was one of the most hotly anticipated YA releases of recent years. Sequel Children of Virtue and Vengeance is out soon.

British author whose first novel, I Am Thunder, has been shortlisted for the YA Book Prize. His second book, Kick the Moon, is getting excellent reviews.