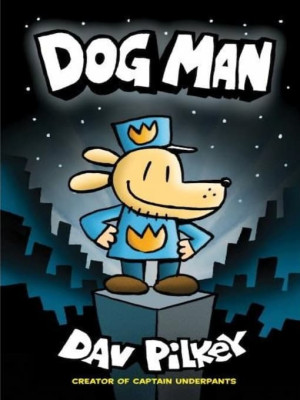 George and Harold (the co-stars of the popular 'Captain Underpants' series) are in big trouble again! Their mean principal, Mr Krupp, has had it with their comic books. But the boys aren't giving up, and they decide to create an all-new epic novel about a subject they've never tackled before!

With the head of a dog and the body of a human, this heroic hound digs into deception, claws after crooks, rolls over robbers, and scampers after squirrels. Will he be able to resist the call of the wild to answer the call of duty?