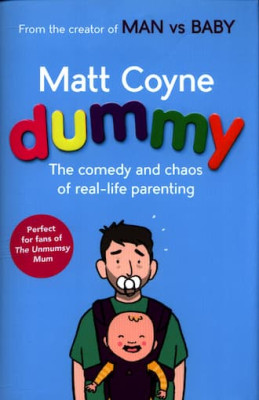 Dummy: The Comedy and Chaos of Real-Life Parenting, by Matt Coyne

In September 2015, Matt Coyne's partner Lyn gave birth to their first child, Charlie. One night three months later, sleep-deprived, his eyes still stinging from baby pee and knocked sideways by the realities that the baby books hadn't prepared him for, Matt stumbled to his computer and wrote a post on Facebook. That post went viral and was shared millions of times. Soon it was picked up by newspapers here and abroad, and Matt was even interviewed by Holly and Phil on This Morning.

Since that first post Matt has been recording his experiences of having his life turned upside down by. His Facebook page 'Man Versus Baby' now has over 120K followers, a number that just keeps growing with each hilarious post. Honest, funny and incredibly warm-hearted - this is the parenting guide for real people.