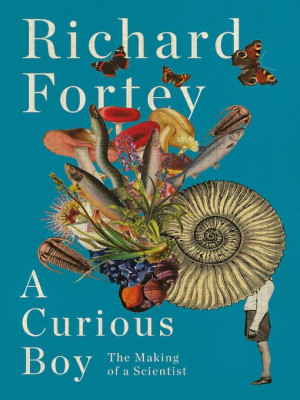 Inspired by On the Marsh by Simon Barnes, this month's Wild Reads theme is the importance of protecting marshes and the joy of seeing new wildlife inhabiting a conservation area.

Explore our supporting titles on healing nature and the wetlands that surround us, or browse our recommended eLibrary titles on OverDrive.

On the Marsh is also available to listen to as an audiobook.

Find out more about Wild Reads.

James Rebanks' family farm in the Lake District hills was part of an ancient agricultural landscape: a patchwork of crops and meadows, of pastures grazed with livestock, and hedgerows teeming with wildlife. And yet, by the time James inherited the farm, it was barely recognisable. 'English Pastoral' is the story of an inheritance: one that affects us all. It tells of how rural landscapes around the world were brought close to collapse, and the age-old rhythms of work, weather, community and wild things were lost.

In 'The Fens,' Pryor counterpoints the history of the Fenland landscape and its transformation - the great drainage projects that created the Old and New Bedford Rivers, the Ouse Washes and Bedford Levels, the rise of prosperous towns and cities, such as King's Lynn, Cambridge, Peterborough, Boston and Lincoln - with the story of his own discovery of it as an archaeologist.

In 'Landskipping', Anna Pavord explores some of Britain's most iconic landscapes in the past, in the present, and in literature. With her passionate, personal, and lyrical style, Pavord considers how different artists and agriculturists have responded to these environments.

Graham Swift's 'Waterland' concentrates on murder, incest, guilt and insanity in the Fens of East Anglia. The novel is at once a Fenland documentary, a history of England and a fictional autobiography.

Wild creatures that have lived in Britain for thousands of years are disappearing, because of pollution and persecution, competition with alien species, changing farming and forestry practices, and climate change. Hares and hedgehogs, skylarks and water voles, even the humble house sparrow, are in freefall. But now, at last, there is hope. Author and naturalist Stephen Moss has travelled the length and breadth of the United Kingdom to see just how Britons are fighting back to save the wildlife they love.

Earthed: a memoir, by Rebecca Schiller

In January 2017 Rebecca Schiller moved her family to the countryside to start a smallholding with little idea what that meant, the work it would involve and the skills she would need. Nevertheless she had a strong sense that something was coming and that soon she might need this land under her feet. She was right. 'Earthed' is the story of sowing, growing and uncovering; a time of hard physical work and a mental health crisis; six seasons of living the not-so simple life and trying to understand the past so as to learn how to live in the future.

A curious boy: the making of a scientist, by Richard A. Fortey

In this memoir, Richard Fortey - a palaeontologist and natural historian - tells the story of how as a young boy he became fascinated with the natural world, leading to a long life exploring its secrets. He leads a journey through botany and birds, fossils and fungi, using a different object to lead each chapter.

As Conservation Manager at Holkham in Norfolk, Jake Fiennes' radical habitat restoration and agricultural work has nurtured its species and risen its crop yields - bringing back wetlands, hedgerows, birds and butterflies over 25,000 acres of land. But this isn't rewilding - there is no 'wild' in Britain anymore. 'Land Healer' is the story of Fiennes' ambition to bring back our flora and fauna - by reclaiming our traditions and trialling new experiments which could restore our symbiosis with our land, and save our shared future.

A brush with nature: reflections on the natural world, by Richard Mabey

Described as Britain's foremost nature writer, Richard Mabey has revealed his passion for the natural world in elegantly written stories for 'BBC Wildlife Magazine' for the past 25 years. This collection brings together his favourite pieces and presents a fascinating and inspiring view of our natural landscape.

Borrow A brush with nature →

How to bring nature closer to your home, and the key ways you can learn how to see more of it.