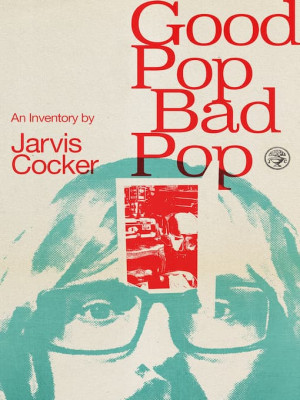 Take a look at our latest non-fiction titles for May 2022.

A garden well placed: the story of Helmingham and other gardens, by Xa Tollemache

The story of how Xa Tollemache re-created the garden at Helmingham Hall in Suffolk and became a garden designer.

4 March. HMQ pictured in the paper at an investiture wearing gloves, presumably as a precaution against Coronavirus. But not just gloves; these are almost gauntlets. I hope they're not the thin end of a precautionary wedge lest Her Majesty end up swathed in protective get-up such as is worn at the average crime scene. 20 March. With Rupert now working from home my life is much easier, as I get regular cups of tea and a lovely hot lunch.

A year in and out of lockdown as experienced by Alan Bennett. The diary takes us from the filming of Talking Heads to thoughts on Boris Johnson, from his father's short-lived craze for family fishing trips, to stair lifts, junk shops of old, having a haircut, and encounters on the local park bench.

The premonitions bureau, by Sam Knight

Premonitions are impossible. But they come true all the time. Most are innocent. You think of a forgotten friend. Out of the blue, they call. But what if you knew that something terrible was going to happen? A sudden flash, the words CHARING CROSS. Four days later, a packed express train comes off the rails outside the station. What if you could share your vision, and stop that train? Could these forebodings help the world to prevent disasters?

In 1966, John Barker, a dynamic psychiatrist working in an outdated British mental hospital, established the Premonitions Bureau to investigate these questions. He would find a network of hundreds of correspondents, from bank clerks to ballet teachers. Among them were two unnervingly gifted 'percipients'. Together, the pair predicted plane crashes, assassinations and international incidents, with uncanny accuracy.

Menopause affects every woman, and yet so many approach it with shame, fear, misinformation or silence. Why is no one talking about this? Who has the correct information? And how can we get it? That's how this book has come about. We are going to tell you the truth, so you can make an informed decision about your life and your body. For too long, women have had to keep quiet about the menopause - its onset, its symptoms, its treatments - and what it means for us.

Menopausing will build an empowered, supportive community to break this terrible silence once and for all. By exploring and explaining the science, debunking damaging myths, and smashing the taboos around the perimenopause and menopause, this book will equip women to make the most informed decisions about their health - and their lives.

We all have a random collection of the things that made us - photos, tickets, clothes, souvenirs, stuffed in a box, packed in a suitcase, crammed into a drawer. When Jarvis Cocker starts clearing out his loft, he finds a jumble of objects that catalogue his story and ask him some awkward questions: Who do you think you are? Are clothes important? Why are there so many pairs of broken glasses up here?

From a Gold Star polycotton shirt to a pack of Wrigley's Extra, from his teenage attempts to write songs to the Sexy Laughs Fantastic Dirty Joke Book, this is the hard evidence of Jarvis's unique life, Pulp, 20th century pop culture, the good times and the mistakes he'd rather forget. And this accumulated debris of a lifetime reveals his creative process - writing and musicianship, performance and ambition, style and stagecraft.

Back in the day: a memoir, by Melvyn Bragg

Melvyn Bragg's first ever memoir - an elegiac, intimate account of growing up in post-war Cumbria, which lyrically evokes a vanished world. In this captivating memoir, Melvyn Bragg recalls growing up in the Cumbrian market town of Wigton, from his early childhood during the war to the moment he had to decide between staying on or spreading his wings. This is the tale of a boy who lived in a pub and expected to leave school at fifteen yet won a scholarship to Oxford. Derailed by a severe breakdown when he was thirteen, he developed a passion for reading and study - though that didn't stop him playing in a skiffle band or falling in love. It is equally the tale of the people and place that formed him.

Borrow Back in the day →

The cut that wouldn't heal: finding my father, by William Leith

Ten seconds before my father's death, I have a premonition - that the breath he is taking will be his last. It was only a graze caused by a dishwasher door, but the cut would not heal and infection took hold. 50 days later, William Leith is standing by his father's bedside, watching him disappear. William is no stranger to his father disappearing; his childhood was marked by his father's absences, and as a consequence their relationship has always been a troubled one.

Now, as his father is about to leave him for the last time, William reflects on the twists and turns of their shared history. Compelling, incisive, and told with searing honesty, 'The Cut that Wouldn't Heal' is about family and grief, and the pain of abandonment. It is about the way we let our loved ones down and the things we cannot say.

Borrow The cut that wouldn't heal →

An invitation to supper at Angela Hartnett's house is a real treat. Nestled in the middle of Wilkes Street, in London's vibrant East End, you know you're going to get delicious food, great company and a relaxed atmosphere that is as far removed from the high-octane stress of a professional kitchen as it is from the awkward social anxiety that many of us face when hosting a dinner.

Angela knows the secrets to throwing the most relaxed and enjoyable dinners for friends and family - sometimes mad, but always magical evenings that people talk about for months afterwards - and in this book she's going to share them. Great flavours and simple recipes abound in these pages, each one a joy to cook and eat, from satisfying one-pot dishes and comforting risottos to perfect party food and bakes to feed a hungry crowd.

This is life at the front line, or fractionally behind it, of an explosive expert who played a pivotal role in the investigation of the most significant bombings in mainland Britain and elsewhere during the course of three turbulent decades. For 15 years, Cliff Todd was the principal forensic investigator at the UK's Forensic Explosives Laboratory, a clandestine agency whose role is to support the police and the security services in their investigations into bombings of any kind - whether it be the IRA, ISIS, or political extremists. Here he lifts the lid on his specialist world, guiding us through the process by which he and his colleagues worked out how bombs were built, what made them unique, and which clues led to their creators.

Buried: an alternative history of the first millennium in Britain, by Alice Roberts

Funerary rituals show us what people thought about mortality; how they felt about loss; what they believed came next. From Roman cremations and graveside feasts, to deviant burials with heads rearranged, from richly furnished Anglo Saxon graves to the first Christian burial grounds in Wales, Buried provides an alternative history of the first millennium in Britain.

As she did with her pre-history of Britain in Ancestors, Professor Alice Roberts combines archaeological finds with cutting-edge DNA research and written history to shed fresh light on how people lived: by examining the stories of the dead.

Aristocrat, gambler, innovator and special forces legend, the life of David Stirling should need no retelling. His formation of the Special Air Service in the summer of 1941 led to a new form of warfare and Stirling is remembered as the father of special forces soldiering. But was he really a military genius or in fact a shameless self-publicist who manipulated people, and the truth, for this own ends? In this gripping and controversial biography Gavin Mortimer analyses Stirling's complex character: the childhood speech impediment that shaped his formative years, the pressure from his overbearing mother, his fraught relationship with his brother, Bill, and the jealousy and inferiority he felt in the presence of his SAS second-in-command, the cold-blooded killer Paddy Mayne.

After her mother, Brenda, passed away and her father sold the family home, broadcaster and writer Emma Kennedy found herself floundering, unable to make peace with the complex, charismatic woman who had been her mum. And then they found the letters. This heartbreakingly funny book about the impact of discovering lost letters is a celebration of correspondence; those lost acts of penned love, the vivid snapshots in time scattered back through a life.

It is also about a childhood shrouded in shame, the lies Brenda told her family, the madness that set in, and ultimately what it means to be a daughter and a mother. Finally, Emma allows herself to explore what she couldn't while she was growing up: the question of who her mother really was.