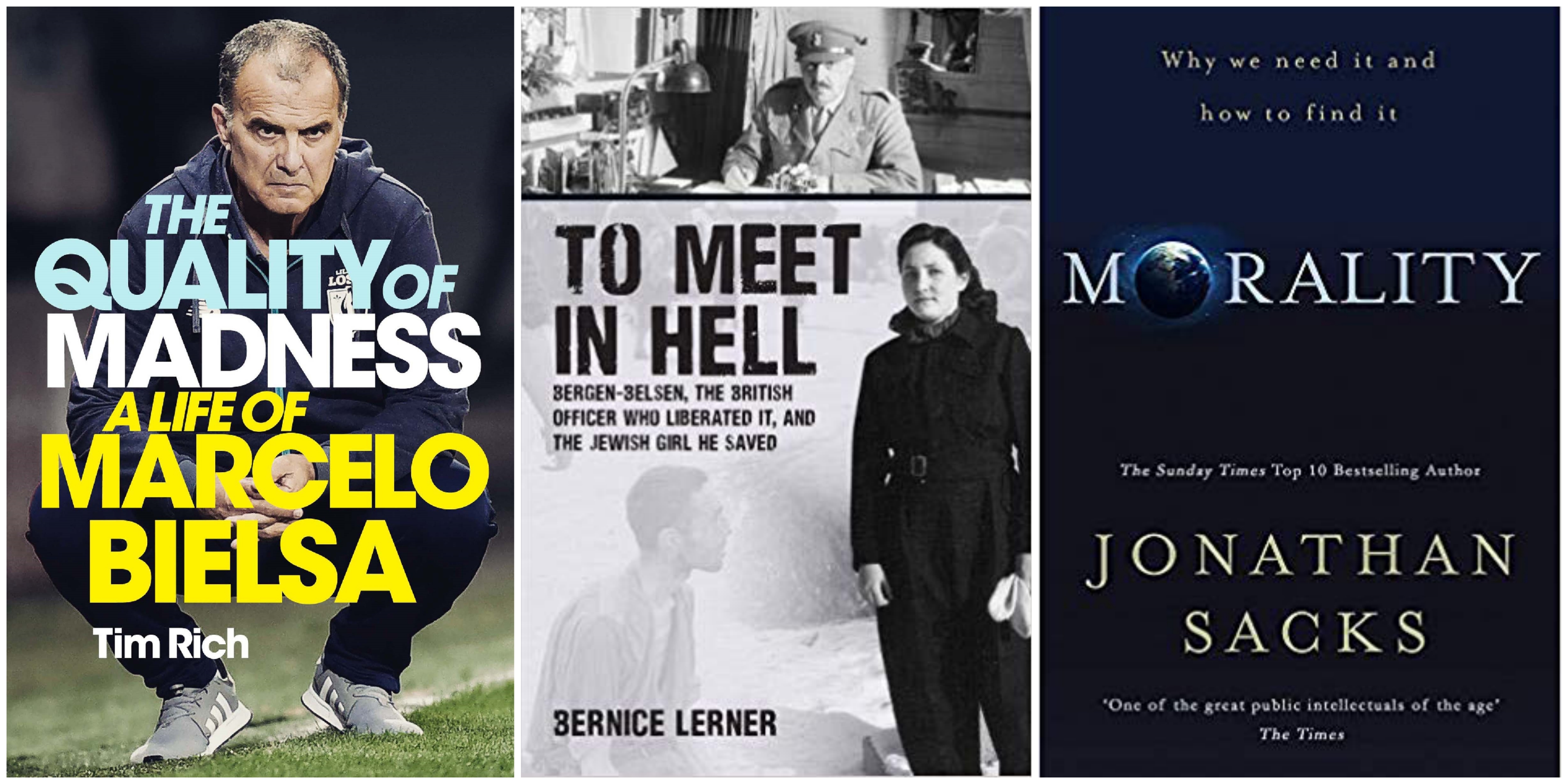 House of Glass: the story and secrets of a twentieth-century Jewish family, by Hadley Freeman

"When Hadley Freeman found a shoebox filled with her French grandmother's treasured belongings, it started a decade-long quest to dig deep into the extraordinary lives of her grandmother, Sala, and her three siblings, Henri, Jacques and Alex Glass.

"The search takes Hadley from Picasso's archives in Paris to a secret room in a farmhouse in Auvergne to Long Island and to Aushwitz. By piecing together letters, photos, and an unpublished memoir, Hadley is able to thrillingly recount the full story of all the Glass siblings."

This Too Shall Pass: stories of change, crisis and hopeful beginnings, by Julia Samuel

"We live in a culture of limitless choice - and life is now more complex than ever. In This Too Shall Pass, acclaimed psychotherapist Julia Samuel draws on hours of conversations with her patients to show how we can learn to adapt and thrive during our most difficult and transformative experiences. Illuminated by the latest social and psychological research, this book unflinchingly deals with the hard times in family, love, work, health and identity.

"From a woman deciding whether to leave her husband for a younger lover, to a father handling a serious medical diagnosis. From a new mother struggling with the decision to return to work, to a young man dealing with the aftermath of coming out and a woman starting over after losing her job."

Long Way Home: love, life, death, and everything in between, by Dan Jarvis

"Before becoming an MP, Dan Jarvis was a soldier for fifteen years, serving in Iraq and Afghanistan among other places. Every time he left the family home for a conflict zone Dan knew he was risking his life: many of his contemporaries were badly injured or killed. But he never imagined that the one to die would be his wife Caroline, who he lost to cancer at a tragically young age, leaving him to bring up their two small children.

"In Long Way Home the two stories run in parallel, Dan's service in the Parachute Regiment, for which he was subsequently awarded the MBE, becoming increasingly untenable as Caroline's health declined."

Wayfinding: the art and science of how we find and lose our way, by Michael Bond

"We can walk through unfamiliar streets while maintaining a sense of direction, take shortcuts along paths we have never used and remember for many years places we have visited only once. These are remarkable achievements. In this book, Michael Bond explores how we do it: how our brains make the 'cognitive maps' that keep us orientated, even in places that we don't know. He considers how we relate to places, and asks how our understanding of the world around us affects our psychology and behaviour."

This is a reprint but an interesting one. Phyllis Rose takes a detailed look at the marriages of five Victorian writers. Nora Ephron read and reread this book.

The Stonemason: a history of building Britain, by Andrew Ziminski

"Stonemason Andrew Ziminski has three decades of experience - from raising stones at Stonehenge, the restoration of roman ruins in the City of Bath and working to save some of our most important medieval churches and cathedrals. Offering a unique account of life as a craftsman as well as a history of Britain from the New Stone Age to the Industrial Revolution, The Stonemason is both a celebration of man's close relationship with its greatest of natural materials, and a reminder of the value of 'made by hand'."

"In today's world of cultural climate change, argues Jonathan Sacks, we have outsourced morality to the markets on the one hand, and to government on the other. Yet while the markets have brought wealth to many and the state has done much to contain the worst excesses of inequality, neither is capable of bearing the moral weight of showing us how to live.

"Talking to key modern influences and thinkers, and drawing inspiration from the Bible and the historical experience of the Jewish people, Sacks outlines the key factors in establishing, maintaining and passing on resilient moral values within a broad group."

To Meet in Hell: Bergen-Belsen, the British officer who liberated it, and the Jewish girl he saved, by Bernice Lerner

"The story of the British officer who was first to arrive at Bergen-Belsen, and the life of one of the many he saved from near-death."

The Quality of Madness, by Tim Rich

Marcelo Bielsa is one of football's greatest eccentrics. This is the first official biography.