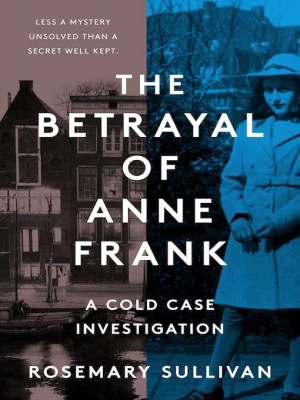 Take a look at our latest non-fiction titles for January 2022.

America over the water, by Shirley Collins

At the age of 19 Shirley Collins was making a name for herself as a folk singer in post-war London. At a party she met famous American musical historian and folklorist, Alan Lomax and they became romantically involved. This is an account of the year of her life spent as Lomax's assistant and lover in America.

Borrow America over the water →

Everything you need to know about the menopause (but were too afraid to ask), by Kate Muir

As the awareness of gender inequality in health becomes more apparent, it is important that we improve our understanding of the effect that menopause has on our bodies and stop reducing an important stage in a woman's life to a series of hot flushes and 'mood swings'. This is especially the case with the perimenopause, the phase that precedes the menopause which can start to affect women in their mid-thirties.

Until now, many of us have never heard of the perimenopause, but it may hold the key to our understanding of the menopause. With new analysis on hormones and medical treatments like HRT, this book provides women - and men - with a scientific toolkit for how we can better prepare for it.

Borrow Everything you need to know about the menopause →

The ticket collector from Belarus: the extraordinary story of Britan's only war crimes trial, by Mike Anderson and Neil Hanson

'The Ticket Collector from Belarus' tells the remarkable story of two interwoven journeys. Ben-Zion Blustein and Andrei Sawoniuk were childhood companions in 1930s Domachevo, once a holiday and health resort in the Grand Duchy of Lithuania and then a struggling township in Belarus. During the events which followed its Nazi occupation in 1942, they became the bitterest of enemies. After the war, Ben-Zion made his way to Israel, and 'Andrusha the bastard' found work as a London Transport ticket collector.

They next confronted each other in the Old Bailey, 57 years later, where one was the principal prosecution witness, and the other had been charged with a fraction of the number of murders he almost certainly committed. Sawoniuk's guilt is rarely in doubt, but whether he will be convicted certainly is. Mike Anderson was gripped by the story, and so began his quest to find out all he could about the story.

Borrow The ticket collector from Belarus →

One party after another: the unruly life of Nigel Farage, by Michael Crick

Nigel Farage is arguably the most influential British politician of the 21st century. His campaign to take the UK out of the EU began as a minority and extreme point of view, but in June 2016 became the official policy of the nation after a divisive referendum. Crick's compelling biography takes the reader into the heart of Farage's story, assessing his methods, uncovering remarkable hidden details and builds to an unmissable portrait of a larger-than-life character who has transformed the nation.

Borrow One party after another →

The betrayal of Anne Frank: a cold case investigation, by Rosemary Sullivan

The mystery has haunted generations since the Second World War: Who betrayed Anne Frank and her family? And why? Now, thanks to radical new technology and the obsession of a retired FBI agent, this book offers an answer. Rosemary Sullivan unfolds the story in a gripping, moving narrative.

Borrow The betrayal of Anne Frank →

A history of Norfolk in 100 places, by David Robertson and Peter Wade-Martins

Norfolk has a wealth of important archaeological sites, historic buildings and historic landscapes. This guide uses them to tell the county's rich history. Starting with real footprints of people who lived here nearly one million years ago, the authors take you to prehistoric monuments, Roman forts, early and medieval churches and Nelson's monument, right up to twentieth-century defensive sites. The book describes each site in detail and is well illustrated with aerial photographs and ground-level shots.

Borrow A history of Norfolk in 100 places →

I came all this way to meet you: writing myself home, by Jami Attenberg

As the bookish daughter of a travelling salesman, Jami Attenberg was drawn to the road. Her wanderlust led her to drive solo across America, and eventually on travels around the globe, embracing - for better and worse - all the messy life she encountered along the way. As she travelled she was crafting, grafting and honing her work, piecing together a living and career, and wrestling with a deep longing for independence while also searching for community, and eventually, a place she might want to stay in for good. This memoir reveals the defining moments that pushed her to create a life, and voice, she could claim for herself.

Borrow I came all this way to meet you →

The power of fun: how to feel alive again, by Catherine Price

When did you last feel exhilarated and lighthearted? When were you last engaged, focused, and completely present? When is the last time you felt fully alive? In other words, when did you last have fun? In our always-on, tech-addicted lifestyles, we often think of the pursuit of fun as an indulgence. When we do find time to relax, we often turn to activities that are not actually that enjoyable, let alone fun: bingeing on television and movies, doomscrolling the news, or feeding our FOMO on social media.

But award-winning science journalist Catherine Price has learned the truth: far from being frivolous, fun is the key to living a more meaningful, fulfilling, and happier life. In this book, Price argues that fun will lead to the happiness we so desperately seek, and includes a practical plan for how to incorporate more fun into our daily lives.

Borrow The power of fun →