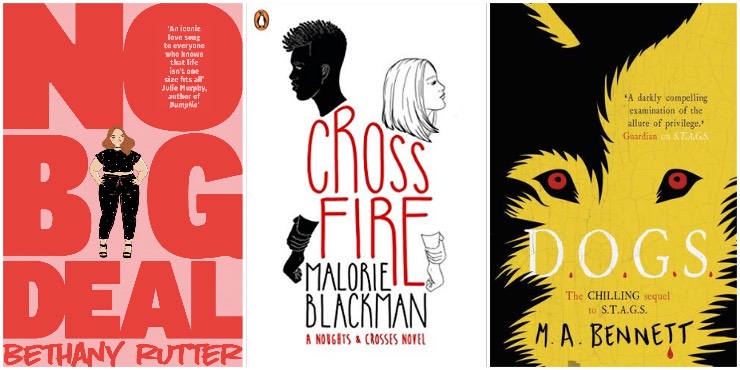 The Boy in the Black Suit, by Jason Reynolds

Critically acclaimed second title from the author of the outstanding Long Way Down.

"Matt wears a black suit every day. No, not because his mom died - although she did, and it sucks. But he wears the suit for his gig at the local funeral home, which pays way better than the Cluck Bucket, and he needs the income since his dad can't handle the bills (or anything, really) on his own. So while Dad's snagging bottles of whiskey, Matt's snagging fifteen bucks an hour. Not bad. But everything else? Not good.

"Then Matt meets Lovey. Crazy name, and she's been through more crazy stuff than he can imagine. Yet Lovey never cries. She's tough. Really tough. Tough in the way Matt wishes he could be. Which is maybe why he's drawn to her, and definitely why he can't seem to shake her. Because there's nothing more hopeful than finding a person who understands your loneliness - and who can maybe even help take it away."

A much-anticipated new title for the Noughts and Crosses series, just in time for the BBC's TV adaptation.

"Years have passed since the love between Sephy - a Cross - and Callum - a Nought - destroyed their world and changed their families and society forever.

"Society appears to be very different now. For the first time ever, a Nought Prime Minister - Tobey Durbridge - is in power. Race and class don't divide people anymore. But things are never really that easy.

"Because Tobey's just been framed for murder, and the only way to free himself is to turn to his oldest friend - Callie-Rose.

"Their families' divisions run deep, and when two young people are kidnapped, their lives and everything they've fought for are put in the firing line.

"And when you're playing a game as dangerous as this one, it won't be long before someone gets caught in the crossfire..."

Gloves Off, by Louisa Reid

"Lily turns sixteen with two very different sides to her life: school, where she is badly bullied, and home with her mum and dad, warm and comforting but with its own difficulties. After a particularly terrible bullying incident, Lily's dad determines to give his daughter the tools to fight back. Introducing her to boxing, he encourages Lily to find her own worth. It is both difficult and challenging but in confronting her own fears she finds a way through that illuminates her life and friendships. Meeting Rose, and seeing that there is another world out there, enables her to live her own life fully and gives her the knowledge that she is both beautiful and worth it."

The Demon World, by Sally Green

Sequel to The Smoke Thieves.

"After narrowly escaping the fall of Rossarb, Princess Catherine leads a rag-tag group of survivors into the barren wasteland of the Northern Plateau. With the Brigantine army snapping at their heels, Edyon and March become separated from the group, while demon hunter Tash leads Catherine and Ambrose to an unlikely refuge - the hidden tunnels of the demon world itself. They soon find that the tunnels hold their own dangers and, while Tash travels deeper, hoping to learn more about their mysterious inhabitants, Catherine and Ambrose must return to the surface to resume the war.

"But the world above is in turmoil. King Aloysius's army has captured the Pitorian prince, Tzsayn, and is poised to overrun the whole country. To have any hope of challenging her father's tyranny, Catherine needs to form her own army, but when danger lurks at every turn, how can she tell an ally from an enemy?"

A coming–of-age verse novel from the spoken word poet.

"A boy comes to terms with his identity as a mixed-race gay teen - then at university he finds his wings as a drag artist, The Black Flamingo.

"A bold story about the power of embracing your uniqueness. Sometimes, we need to take charge, to stand up wearing pink feathers - to show ourselves to the world in bold colour. 'I masquerade in makeup and feathers and I am applauded.'"

No Big Deal, by Bethany Rutter

Debut novel from the journalist and body positivity blogger.

"It's not my body that's holding me back. It's more of a problem that people keep telling me it should.

"Meet Emily Daly, a stylish, cute, intelligent and hilarious 17-year-old about to start her last year at school. Emily is also fat. She likes herself and her body. When she meets Joe at a house party, he instantly becomes 'the crush of her life'. Everything changes. At first he seems perfect. But as they spend more time together, doubts start to creep in.

"With her mum trying new fad diets every week, and increasing pressure to change, Emily faces a constant battle to stay strong, be her true self and not change for anyone."

New from the author of Lying About Last Summer.

"The reigning queen bee, Kate, knows that you don't become the most powerful girl at school by playing nice. But when other students start revealing long-held secrets anonymously, she realises someone is playing a much more dangerous game - and they know too much about Kate's past. If she doesn't figure out who's behind this, her final year at Pankhurst could be exactly that: her final year."

See All The Stars, by Kit Frick

"Now: Ellory is alone, her once inseparable group of friends torn apart by secrets, deception and a shocking moment that changed their lives forever.

"Then: Lazy summer days. A party. A beautiful boy. The beginnings of a spectacular, bright love.

"Now: Senior year, and Ellory's back at school after a two-month suspension and summer away - no boyfriend, no friends. No going back. Tormented by some and sought out by others, and consumed by guilt over her not entirely innocent role in everything and everyone she’s lost, Ellory finds that even in the present, the past is everywhere.

"The path forward isn’t a straight line. And moving on will mean sorting the truth from the lies - the lies Ellory has been telling herself.

"After the dramatic events of the last few weeks, Greer Macdonald is trying to concentrate on her A levels. Stuck for a play to direct for her drama exam, she gets help from an unexpected quarter: a priceless lost play, buried by time, is pushed under her door. It is Ben Jonson's The Isle of Dogs, a play considered so dangerous in Elizabethan times that every copy was burned - except one.

"As the students begin to rehearse, events become increasingly dark and strange, and they lead Greer back to where she never thought she would return - Longcross Hall."