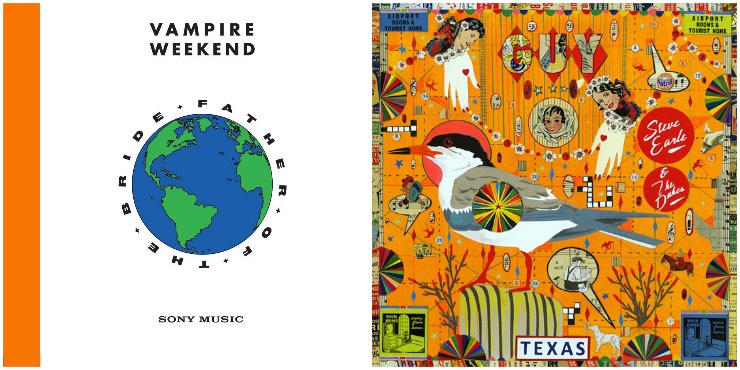 Scottish singer/songwriter continues his unerring rise to stardom by releasing his first album.

The controversial former Smiths frontman returns with an album of covers by artists as diverse as Bob Dylan, Dionne Warwick and Roy Orbison.

Vampire Weekend - Father of the Bride

Keyboardist and producer Rostam Batmanglij has left the band, signalling a change in direction. Ezra Koenig’s voice and guitar still dominate but there are a few surprises in store for longtime fans.

Indie folk with a dark undertow.

Guy Clark was one of the figures who inspired Steve Earle as a young man. The 16 tracks on this album are a fitting tribute to Clark, who died in 2016.