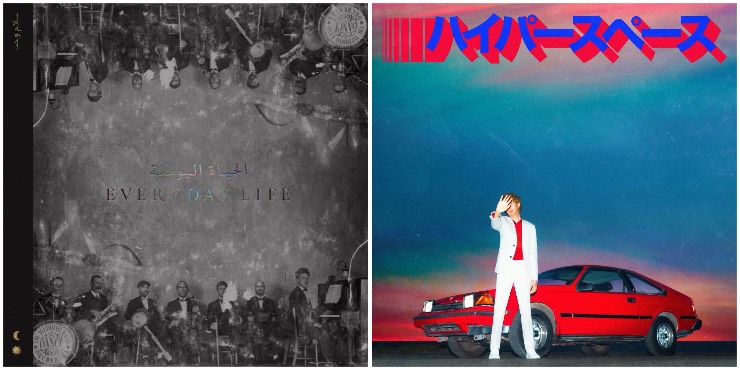 Probably the biggest title of the year. The band inventively released the track list in classified ads in their local newspapers before letting the world audience know. This is a double album, and the reviews suggest a return to form.

Seven of the 11 tracks on the singer-songwriters's 14th album were co-written and co-produced by Pharrell.

Leonard Cohen - Thanks for the Dance

It is three years since Leonard Cohen died, and this is billed as the final album of new material. The LP is described as 'tranquil', and this is supported by the video for Happen to the Heart.

Three-disc album of material from Dylan otherwise known as The Bootleg Series Vol. 15. This one covers the years 1967-1969, with the added bonus of recordings and banter with Johnny Cash. The interplay between them provides a tantalising glimpse of the album they could have recorded.

Simply Red or, more accurately, Mick Hucknall’s latest album is a tribute to the soul greats.

Rod Stewart with the Royal Philharmonic Orchestra - You're In My Heart

Sir Rod visited Ipswich in June so this one will certainly have an audience. His latest album is recorded with the Royal Philharmonic Orchestra and features all the old favourites along with a new song, Stop Loving Her Today.