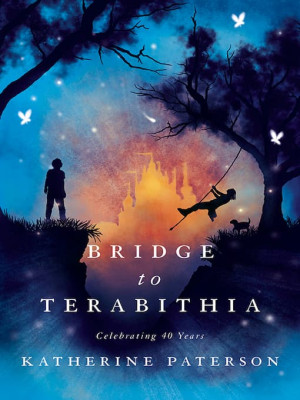 Take a look at our recommended Young Adult titles about compassion as part of St Elizabeth Hospice's Compassionate Communities project.

Compassionate Communities gives you the tools to help others whether it be at work, through community events or simply how to support a neighbour going through a bereavement. By developing these skills, we can build the confidence and resilience needed to care for one another before and after end of life.

Life hasn't been easy recently for David. His father died just a couple of years ago, he has a fractious relationship with his mum, and has fallen out with his best friend. But David has a secret, which he hasn't told anyone: he has superpowers. He can soar through the air, he has superhearing, he feels and hears everything super-keenly. So life should be easier, then, shouldn't it?

A monster calls by Patrick Ness

The monster showed up just after midnight. But it isn't the monster Conor's been expecting. He's been expecting the one from his nightmare, the one he's had nearly every night since his mother started her treatments. The monster in his back garden, though, this monster, is something different. Something ancient, something wild.

Marjorie Glatt feels like a ghost. A practical thirteen year old in charge of the family laundry business, her daily routine features unforgiving customers, unbearable P.E. classes, and the fastidious Mr. Saubertuck who is committed to destroying everything she's worked for. Wendell is a ghost. A boy who lost his life much too young, his daily routine features ineffective death therapy, a sheet-dependent identity, and a dangerous need to seek purpose in the forbidden human world. When their worlds collide, Marjorie is confronted by unexplainable disasters as Wendell transforms Glatt's Laundry into his midnight playground, appearing as a mere sheet during the day. While Wendell attempts to create a new afterlife for himself, he unknowingly sabotages the life that Marjorie is struggling to maintain.

The boy in the black suit by Jason Reynolds

Matt wears a black suit every day. No, not because his mom died - although she did, and it sucks. But he wears the suit for his gig at the local funeral home, which pays way better than the Cluck Bucket, and he needs the income since his dad can't handle the bills (or anything, really) on his own. So while Dad's snagging bottles of whiskey, Matt's snagging fifteen bucks an hour. Not bad. But everything else? Not good.

Then Matt meets Lovey. Crazy name, and she's been through more crazy stuff than he can imagine. Yet Lovey never cries. She's tough. Really tough. Tough in the way Matt wishes he could be. Which is maybe why he's drawn to her, and definitely why he can't seem to shake her. Because there's nothing more hopeful than finding a person who understands your loneliness - and who can maybe even help take it away.

Borrow The boy in the black suit →

Willow Chance is a twelve-year-old genius, obsessed with nature and diagnosing medical conditions, who finds it comforting to count by 7s. Suddenly her world is challenged.

My sister lives on the mantelpiece by Annabel Pitcher

Narrated by ten-year-old Jamie, this is a novel about the tragedy that tears apart his family after a terrorist attack. As Jamie comes to terms with his loss, he asks questions that he must answer for himself.

Borrow My sister lives on the mantelpiece →

The book thief by Markus Zusak

Narrated in the all-knowing matter-of-fact voice of Death, witnessing the story of the citizens of Molching. By 1943, the Allied bombs are falling, and the sirens begin to wail. Liesel shares out her books in the air-raid shelters. But one day, the wail of the sirens comes too late.

Bridge to Terabithia by Katherine Paterson

Jess Aarons wants to be the fastest boy in the class. He's been practising all summer and he's sure he's going to win. But when a girl moves into the neighbouring farm his life changes forever. Not only does Leslie not look or act like any of the girls in school, she also turns out to be the fastest runner.

You will be okay: find strength, stay hopeful and get to grips with grief by Julia A. Stokes and Laurene Boglio

The death of a parent, sibling or friend is one of the most traumatic experiences for a child and it can be hard to know how to talk to them about it. In this honest, comforting and strength-building guide, children can look toward the future with hope. The author shares case studies of children's stories of loss. She offers comforting and practical advice for coping, remembering and taking time for you.

Borrow You will be okay →

On 10 June 2020, the scholar James Nwoye Adichie died suddenly in Nigeria. In this tender and powerful essay, expanded from the original 'New Yorker' text, his daughter, a self-confessed daddy's girl, remembers her beloved father. 'Notes on Grief' is at once a tribute to a long life of grace and wisdom, the story of a daughter's fierce love for a parent, and a revealing examination of the layers of loss and the nature of grief.

Everything is going to be all right: poems for when you really need them by Cecilia Knapp

From grief to toothache, heartbreak to homesickness, the power of finding solace in the words of another cannot be overstated. Whether it was written 300 years ago or in our present day, poetry provides a comforting light in the dark. Words may not always provide solutions, but they can at the very least offer us a sense of hope, and the reassurance that we are not alone in our experiences and in our feelings.

This book is a ready-made toolkit that offers you a light in the dark, no matter what you are feeling. Comprising poems from literary classics to new, cutting edge voices writing about the world today, this extraordinary collection proves that we are never alone in the suffering we endure, and in the human spirit's capacity to overcome.

Borrow Everything is going to be all right →

It's your loss: living with grief is hard, we hope this book will help by Emma Hopkinson and Robyn Donaldson

Written by two women who were bereaved at a young age, 'It's Your Loss' explores approaches to grieving loss to find the one that's right for you. By working through your emotions and taking time to heal and accept your loss, you will discover that it is also an opportunity to find new meaning and make positive changes in your life. Emma Hopkinson and Robyn Donaldson believe that there is no right or wrong way to navigate loss, and explore their natural inclination to either keep their feelings in (Emma) or let them all out (Robyn), and expert commentary from a professional psychologist anchors their differing viewpoints in scientific fact.

Borrow It's your loss →