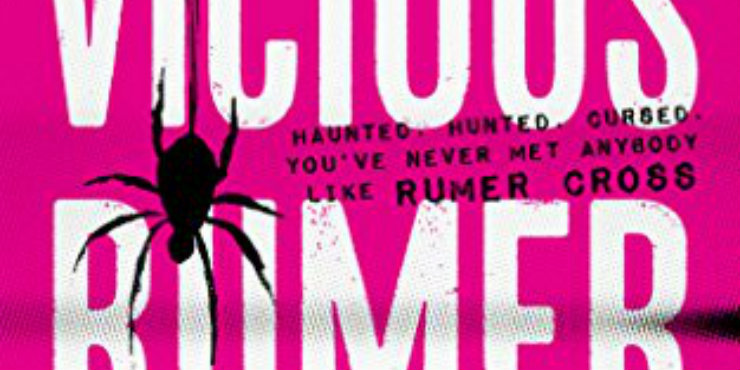 See Vicious Rumer in our catalogue

"Scraping by working for a dingy London detective agency, she lives in the shadow of her mother, a violent criminal dubbed the 'Witch Assassin' whose bloodthirsty rampage terrorised London for over a decade.

"Raised by foster families who never understood her and terrified she could one day turn into her mother, Rumer has become detached and self-reliant. But when she's targeted by a vicious mobster who believes she's hiding an occult relic, she's drawn into the very world she's been fighting to avoid.

"Hunted by assassins and haunted by her mother's dark legacy, Rumer must also confront a terrible truth: that she's cursed, because no matter what she does, everybody she's ever grown close to has died screaming."

Wow! Vicious Rumer is a thrilling, gritty, violent read that had me gripped from the first page. You are immediately drawn into a dark, menacing world and you just want to find out more. Its noir elements make you feel like you have been sucked into a TV show like Jessica Jones or Luther.

The story is very fast paced, with tons of action mixed in. Your adrenaline will be pumping throughout and you'll feel out of breath by the time you are finished. The storyline is very unique to the YA thriller genre and I loved the mystery surrounding the relic. I had my doubts as to what it would do once Rumer got it, but I was happy to keep guessing. Overall, the intense plot made it feel like a movie was going on in my head. In fact, I would love to see this book made into a film!

I loved Rumer. Behind her strong willed, tough exterior, you can see her vulnerability come out ever so slightly and I would've loved to have seen that a bit more. She is also fierce and unlike other female characters in YA. She's no damsel in distress - in fact, she's the one saving everyone else. She kind of reminds me of Black Widow from the Marvel Universe.

As a warning, there's A LOT of violence right from the start, when Rumer is interrogating someone - which could give you the wrong impression of her. Some people could be put off by the amount of brutality in Vicious Rumer, but it isn't glamorised and is appropriate for the plot.

Vicious Rumer is a book that I am going to be shouting about for months or even years to come. It's dangerous, exhilarating, heart-stopping and full of action, and I would love to read more of Rumer's adventures.