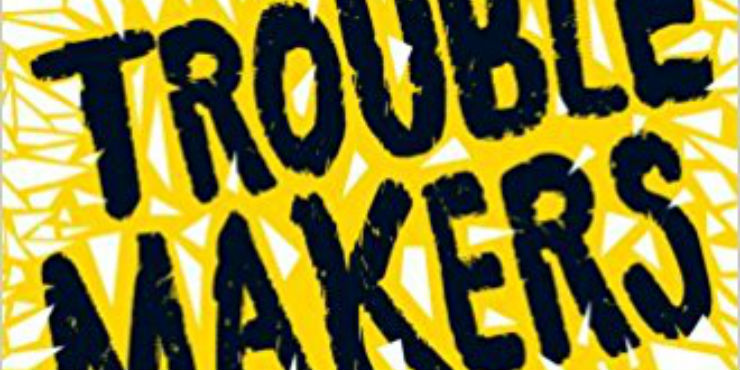 See Troublemakers in our catalogue

Lena has been raised from a baby by her older brother and his boyfriend following the death of her activist mother. As she turns 15, she decides she wants to know more about the mother she never knew. As both the events of the story and information about her mother’s past unfold, Lena finds out just how similar they are.

I really enjoyed this book. Every character felt well-drawn and rounded, and I liked the smaller stories which happened around the edges but fed into the main story of how Lena came to live with her brother and what really happened to their mother.

Set against the background of London experiencing terror attacks and with a local political leader using the fears and worries of residents to gain support in a local election, Troublemakers feels very immediate and current.