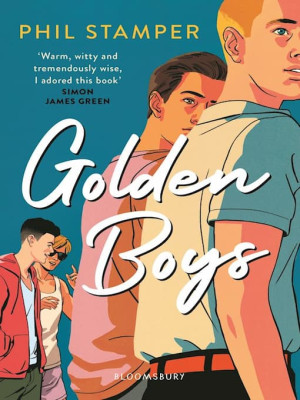 Looking for some new YA titles to read this February? Take a look at our top picks, from epic fantasies inspired by Persian mythology to gripping stories about friendship.

When I was the greatest, by Jason Reynolds and Akhira Girmay

Ali's got enough going on, between school and boxing and helping out at home. His best friend Noodles, though. Now there's a dude looking for trouble - and, somehow, it's always Ali around to pick up the pieces. But, hey, a guy's gotta look out for his boys, right? Besides, it's all small potatoes; it's not like anyone's getting hurt. And then there's Needles. Needles is Noodles's brother. He's got a syndrome, and gets these ticks and blurts out the wildest, craziest things.

It's cool, though: everyone on their street knows he doesn't mean anything by it. Yeah, it's cool - until Ali and Noodles and Needles find themselves somewhere they never expected to be, somewhere they never should've been - where the people aren't so friendly, and even less forgiving.

Borrow When I was the greatest →

Bitter is thrilled to have been chosen to attend Eucalyptus, a special school where she can focus on her painting surrounded by other creative teens. But outside this haven, the streets are filled with protests against the deep injustices that grip the town of Lucille. Bitter's instinct is to stay safe within the walls of Eucalyptus - but her friends aren't willing to settle for a world that the adults say is 'just the way things are'.

Pulled between old friendships, her creative passion, and a new a romance, Bitter isn't sure where she belongs - in the art studio or in the streets. And if she does find a way to help the revolution while being true to who she is, she must also ask: at what cost?

Gabriel, Reese, Sal and Heath are best friends, bonded in their small rural town by their queerness, their good grades and their big dreams. But now it's the summer before their last year of high school, and each of them is going on a huge new adventure. Reese has a design internship in Paris, Gabriel is going to Boston for an internship with a charity organisation and Sal is volunteering on Capitol Hill for a senator - while Heath is stuck going to Florida to help his aunt's business.

What will this summer of new experiences and world-expanding travel mean for each of them - and for their friendship?

Mark my words, by Muhammad Khan

From the author of the award-winning I am Thunder comes a searing new novel.

Fifteen-year-old Dua Iqbal has always had trouble minding her own business. With a silver-tongue and an inquisitive nature, a career in journalism seems fated. When her school merges with another to form an Academy, Dua seizes her chance and sets up a rival newspaper, exposing the controversial stories that teachers and the kids who rule the school would rather keep buried. Dua's investigations are digging up things she shouldn't get involved with about family, friends and her community and as exams rattle towards her, she needs to make some hard decisions about when to leave things alone.

But when she discovers that some kids at school are being blamed for selling drugs when the real perpetrator is right in front of their noses, she can't keep quiet any longer.

This woven kingdom, by Tahereh Mafi

Clashing empires, forbidden romance, and a long-forgotten queen destined to save her people, 'This Woven Kingdom' is Tahereh Mafi's first novel in this epic, romantic fantasy series inspired by Persian mythology.