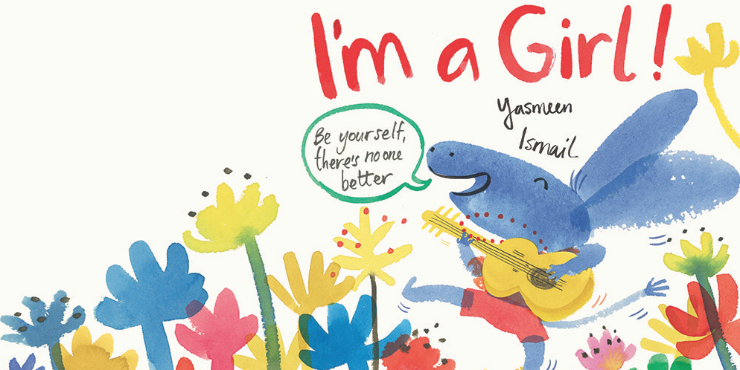 There are hilarious several titles in this brilliant series aimed at younger children. The heroine is a sassy, independent princess who likes to ride a motorbike.

The now classic story about Bill, a schoolboy who wakes up one morning to find he is a girl. That day at school, he learns a lot about gender stereotyping! And his frilly pink dress gets ruined.

The Turbulent term of Tyke Tiler by Gene Kemp

Tyke Tiler and Danny Price are best friends and double trouble and cause all kinds of mischief at school. Considered a modern classic with a twist at the end.

If you want a role model that defies traditional gender roles, then meet Pippi, a 9-year-old girl with super strength. She stars in several of the books we have in stock.

I’m a girl by Yasmeen Ismail

A range of colourful characters who proudly don’t conform to male and female stereotypes.