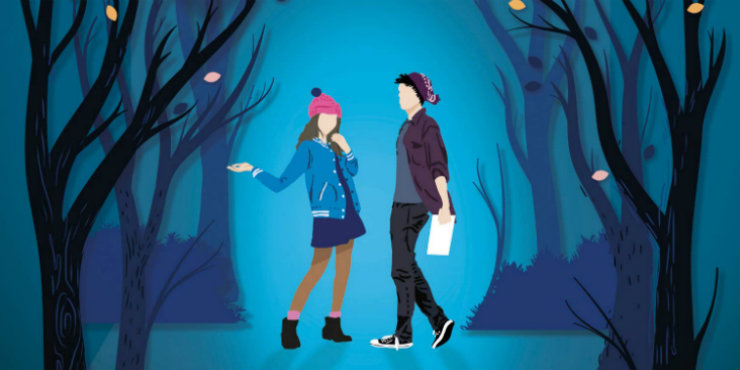 See Theatrical in our catalogue

"Hope dreams of working backstage in a theatre, and she's determined to make it without the help of her famous costume-designer mum. So when she lands an internship on a major production, she tells no one.

"But with a stroppy Hollywood star and his hot young understudy upstaging Hope's focus, she's soon struggling to keep her cool - and her secret."

As someone who loves theatre, it was only a matter of time before I read Theatrical. This work of contemporary YA had received a lot of hype all over social media and I couldn’t wait to get stuck in.

Straight from the off I felt transported into the world of theatre. Harcourt’s writing is so vivid that it almost felt like I was there, touching the props, sensing excitement and working alongside the team of backstage crew and actors. A magical feeling indeed.

Carrying on from that, despite having gone to watch theatre productions, I knew nothing about all the work that went into one before opening night and this opened my eyes to it. Harcourt must have done a lot of research prior to writing and it definitely shows.

I liked Hope from the start and her character development was second to none. I loved how she went from having almost zero self-confidence to being a confident young woman over the course of the book. She was such a joy to read and my love for her grew and grew through each page.

Theatrical is a beautifully written novel about family, love and friendship, set within the magic of the theatre. It's an absolute pleasure to read. If you love all things theatre, this is the book for you.