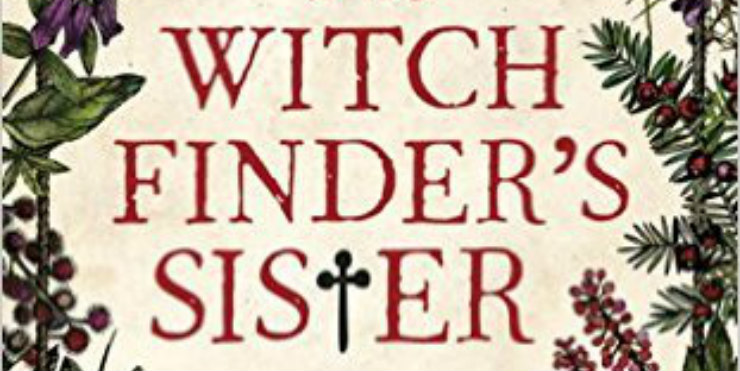 See The Witchfinder's Sister in our catalogue

In The Witchfinder's Sister, we follow the recently-widowed Alice, who returns to Manningtree from London to find that her brother - the self-appointed Witchfinder General Matthew Hopkins - has greatly improved his social status by examining and charging local women accused of witchcraft. She is eventually forced to assist Matthew as he rides from village to village questioning, and often physically testing, accused witches.

This is a solid, well-researched novel that held my attention throughout with its gradual revelation of why Matthew acts the way he does. I could not fault the details, and it was very realistic that Alice could not just run away from Matthew and refuse his demands of her. As a woman with no money in a patriarchal society, she would not be able to get very far by herself, and there was the danger that she, too, would be accused of witchcraft.

Refusing to assist Matthew would also make Alice's friends vulnerable to him. In fact, her relationships with her brother, her friends and women accused of witchcraft are the real driving force of the novel. We see how Alice and Matthew's relationship has soured since childhood, and the effects of this. We also see how women at this time reacted to their oppression by sharing secrets among themselves, uniting against common enemies, and, at the other end of the scale, accusing other women of witchcraft and helping examine those accused.

This focus on relationships means that few scenes feature the actual events of the witch-hunt: the questioning of accused witches, and their trials. While these, and the scenes where women were hanged or otherwise harmed were very harrowing, a few more might have made the novel even more affecting. There are also a couple of intriguing paranormal occurrences, and I'd have liked the author to have made a bit more of these.

Overall, The Witchfinder's Sister is a convincing and accomplished first novel, and I look forward to Beth Underdown's future work.