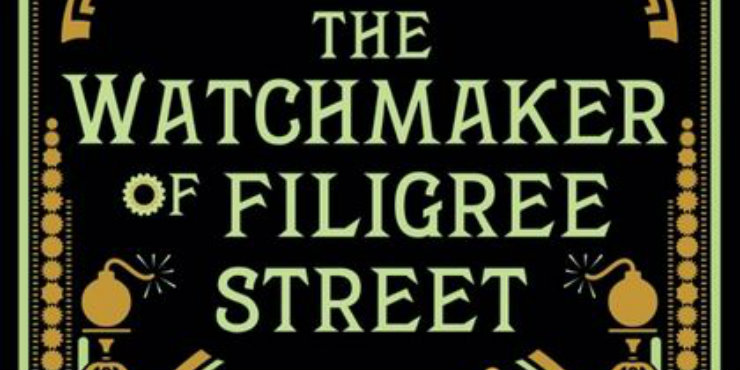 See The Watchmaker of Filigree Street in our catalogue

"In 1883, Thaniel Steepleton returns to his tiny flat to find the lock picked and a gold pocketwatch on his pillow. But he has worse fears than generous burglars; he is a telegraphist at the Home Office, which has just received a threat for what could be the largest-scale Fenian bombing in history.

"When the watch saves Thaniel's life in a blast that destroys Scotland Yard, he goes in search of its maker, Keita Mori - a kind, lonely immigrant who sweeps him into a new world of clockwork and music. Although Mori seems harmless at first, a chain of slips soon proves that he must be hiding something."

We were unanimous in our enjoyment of this book. We found the central characters fascinating and mostly very sympathetic and loved the invention of the mechanical octopus. The story sparked a discussion about Mori's intentions - whether he was well-meaning or manipulative - and whether Thaniel was another toy for him.

The book could have perhaps benefitted from a bit more editing, and we were divided over whether the staccato sentences helped the pace or were off-putting.

The Watchmaker of Filigree Street is a charming magic realist novel, with gothic undertones and a setting.