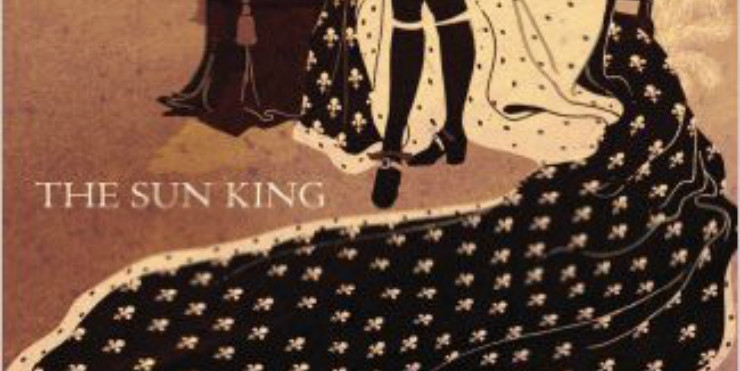 Having seen the recent TV drama Versailles, I was tempted to read a biography of Louis XIV ('The Sun King'), to see how it compared. I chose Nancy Mitford’s 1966 version, since her fictional exposés of the lives and loves of the English upper classes were so brilliantly written. I was not disappointed.

Louis XIV became King of France in 1643 at the age of 4. A lifelong supporter of the arts, he contributed much to the present-day cultural fabric of France, including the creation of his lavish 'playground' at Versailles. Mitford describes the luxurious and extravagant lifestyle of those at court, a world away from the starvation and hardships suffered by ordinary Parisians.

She explains Louis’ insistence on absolute supremacy in government matters, which embroiled him in many conflicts with his European neighbours. Away from the battle field, she describes his "marvellously immoral" obsession with women, resulting in numerous love affairs and illegitimate children. In spite of this, he made a politically brilliant marriage to Maria Theresa of Spain, uniting the 2 European superpowers of that era.

The Sun King died in 1715. He was succeeded by his 5-year-old grandson, Louis XV, since 5 of his 6 heirs died in infancy and the remaining Dauphin died just 4 years before Louis himself.

A different Louis to the TV drama perhaps, but I recommend this book to those interested in European history and also to those who like novels; Nancy Mitford’s love of drama almost makes you forget the characters were real.