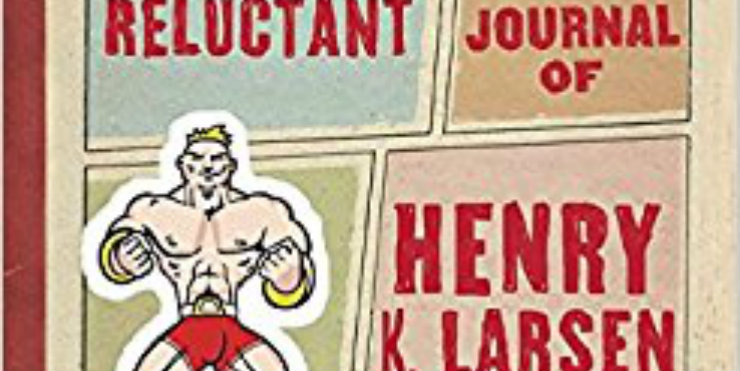 See The Reluctant Journal of Henry K. Larsen in our catalogue

"'When tragedy befalls someone, it is when he needs comforting most."

"Thirteen-year-old wrestling fanatic Henry used to have a normal life. Now, his therapist wants him to keep a journal so he can express his feelings about what happened. Henry has moved with his dad to a new city, where nobody knows their name. He lives off a diet of pizza, whilst hiding from the comically overbearing neighbours and avoiding being an obvious target for bullies at his new school. But then he meets Farley and Alberta, social misfits who refuse to let him be alone. And bit by bit, the past begins to come out."

I read this book in two days and enjoyed it immensely. Me and my family are wrestling fanatics like Henry, Farley and Alberta (I have no shame in this!) so this aspect of the story was very relateable.

This is a great book for anyone experiencing tragedy and what it feels like for those left behind. It also reminds you that friends appear at the rarest of times and when you most need them.