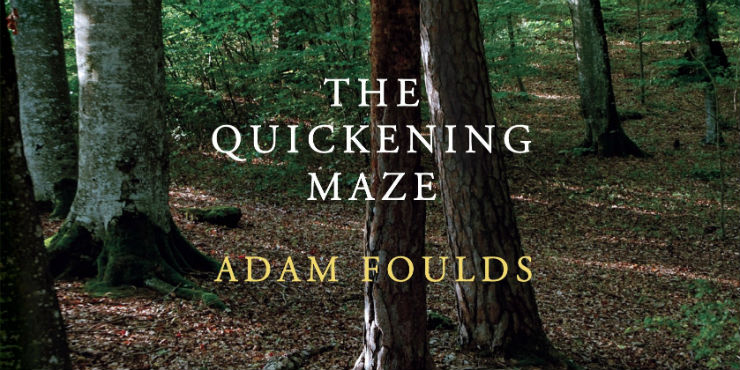 The Quickening Maze is a novel set in a Victorian asylum run by Dr Matthew Allen where the poets John Clare and Alfred Tennyson both resided during the 1840s. Based on real life events, Clare was an inmate while Tennyson lived nearby with his brother who was also being treated by Allen.

While the novel focuses on Clare’s descent into madness, it also follows the lives of other inmates and members of the Allen family. Increasingly the boundaries between the family and the inmates becomes blurred as Matthew Allen feverishly pursues a financial scheme and Hannah Allen her romantic ideals through the cool and aloof Tennyson.

The text is equally fractured as it switches between characters, but it is the poetic language that makes it such a haunting novel. Clare seeks to escape the asylum at every opportunity to explore the surrounding forest where his evocative visits to a gypsy encampment are some of the most memorable scenes in the novel.

Order The quickening maze from our catalogue →