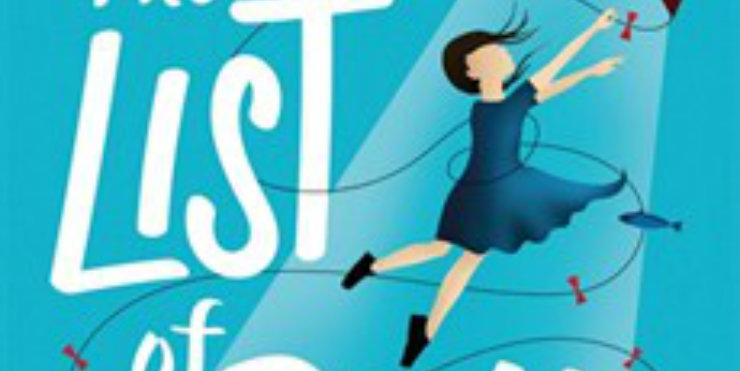 See The List of Real Things in our catalogue

"Gracie, 14, and Bee, 6, have lived with their eccentric uncle ever since their parents died five years ago. Gracie just wants to be normal. At school she finally has a boyfriend and cool friends, but her quirky home life and 'mental' little sister have begun to feel like liabilities.

"When their beloved grandfather dies and grief hits the girls again, little Bee's incredible imagination spirals out of control. Old memories and buried secrets bubble to the surface, and she even believes that their parents are waiting in a secret hotel on a clifftop - a place ghosts wait when they haven't yet let go of life.

"Gracie is determined Bee should wake up to the truth and let go of her outlandish ideas. She makes her write it down: a list of what's real, and what's not. But when it turns out the hotel may be more than just a dream, Gracie's hard line between what is real and what is imagined begins to blur."

Having read a lot of YA fantasy in recent weeks, it made a change to indulge in something a bit more contemporary.

Although marketed for middle grade, The List of Real Things was a really emotional, heart wrenching read that had me reaching for the tissues once or twice ... or maybe more. The story flowed really easily and the writing style was just lovely. It just felt really natural. Also, the magic realism was really exciting and took me on an amazing journey that I didn’t want to come away from.

Bee was such a free spirited, adorable character that I became very protective of as the story went on. She wasn’t ashamed of who she was and was overall a joy to read. Gracie, on the other hand, just wanted to fit in with her peers like most teenagers in the real world. She was a character that some may not like but I could understand why she acted the way she did.

The List of Real Things is a touching read about life, loss, grief and how truly magical the imagination can really be. It really does makes you wonder about what is real and what isn’t and how we truly define reality. Despite being targeted for a younger audience, I can see anyone of any age taking something away from this book.