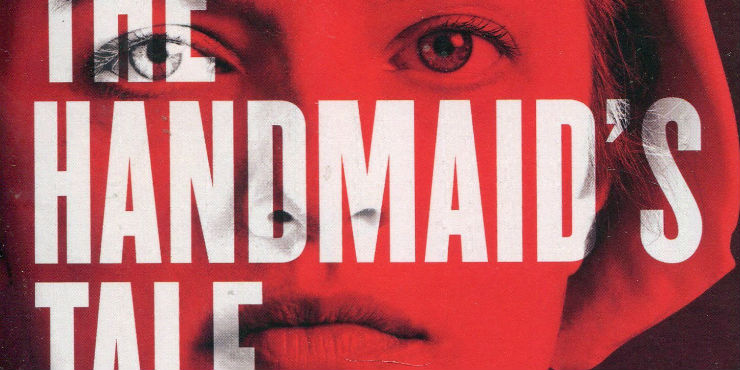 See The Handmaid's Tale in our catalogue

"The Republic of Gilead allows Offred only one function - to breed. If she deviates, she will, like all dissenters, be hanged at the wall or sent out to die slowly of radiation sickness. But even a repressive state cannot obliterate desire - neither Offred's nor that of the two men on whom her future hangs."

The Handmaid's Tale is a very well-written book. First published in 1985, it was influenced by George Orwell’s Nineteen Eighty-Four, and much that Atwood anticipated in her own book has come true.

More of a reflection on society and people’s behaviour than a story with a plot, it highlights how a closed society can brainwash, bully and cajole people into following the crowd to protect themselves and those they love. The back story of Offred, the main female character, is blended well with the present, and the reader feels empathy for her. We found the book very different from viewing the TV series, which is more direct and shocking and misses the subtlety of language and play on words.

This novel stimulated wide-ranging discussion among us, including many comparisons with periods in history, persecutions of women, religious sects, control through clothing, and the need for belonging.

The Handmaid's Tale is not a comfortable read, but it is compelling and makes a very good choice for a book club because it sparks so much discussion.