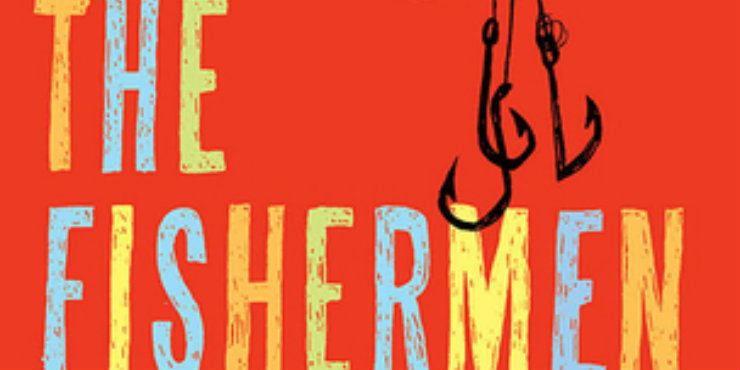 See The Fishermen in our catalogue

"Told from the point of view of 9-year-old Benjamin, the youngest of four brothers, The Fishermen is the Cain and Abel-esque story of an unforgettable childhood in 1990s Nigeria.

"When their father has to travel to a distant city for work, the brothers take advantage of his extended absence to skip school and go fishing. At the forbidden nearby river they encounter a madman, who predicts that one of the brothers will kill another. What happens next is an almost mythic event whose impact - both tragic and redemptive - will transcend the lives and imaginations of its characters."

In The Fisherman, Chigozie Obioma unflinchingly portrays life in a town with open sewers, half-built homes, power outages, political unrest, and armed men on the streets, giving the reader a real feel for the setting. We found it hard not to be affected by the corporal punishment meted out by the father, the terror of wars and struggles played out on the streets, the treatment of the 'madman', and the desire for revenge and its consequences.

Despite the harsh setting and events, the tenderness of familial love shines through. The depth of the characters' love and pain touched our hearts and made us particularly invested in the story. The narrator is a young boy and his voice is clear for much of the book, though on occasion adult descriptions and language slip through and detract from this. The rhythm of the text could be likened to oral storytelling, and has some biblical similarities.

The Fishermen is a touching story of ambition, love, brutality, superstition and revenge that provides insights into an unfamiliar world and a different culture.