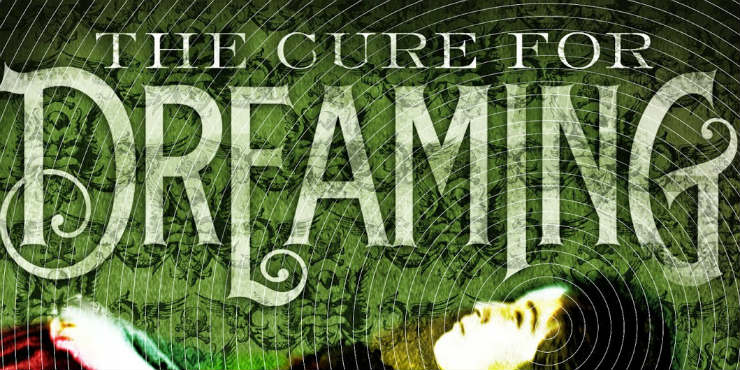 See The Cure for Dreaming in our catalogue

"Olivia Mead is a headstrong, independent girl — a suffragist — in an age that prefers its girls to be docile.

"It’s 1900 in Oregon, and Olivia’s father, concerned that she’s headed for trouble, convinces a stage mesmerist to try to hypnotize the rebellion out of her. But the hypnotist, an intriguing young man named Henri Reverie, gives her a terrible gift instead: she’s able to see people’s true natures, manifesting as visions of darkness and goodness, while also unable to speak her true thoughts out loud.

"These supernatural challenges only make Olivia more determined to speak her mind, and so she’s drawn into a dangerous relationship with the hypnotist and his mysterious motives, all while secretly fighting for the rights of women."

If you have an interest in suffrage, equality, hypnotism or even Dracula, I urge you to read The Cure for Dreaming. I was transported to the dark side of Victorian Oregon. I felt as though I was with Olivia in her relationships with Henri/Henry and her father and so wanted her to escape to a better life. You’ll have to read it to find out if she does!

I really liked this book. It was completely not what I would normally go for, but I’m so glad I read it. I will definitely be giving Cat Winters' other books a read!