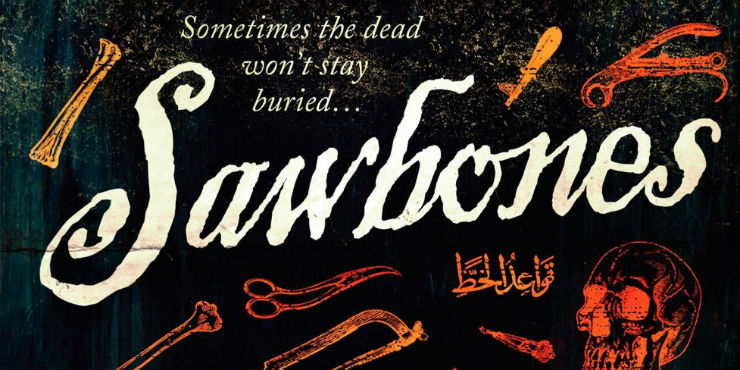 Jars of preserved body parts, grave robbers and grisly operating theatres, gangrene and withered hearts – there is so much to love about this historical crime thriller, set amongst the London teaching hospitals at the dawn of the new science of surgery.

Ezra McAdam is methodical and studious. Once a slave with a tumour the size of a second head on his face, Ezra was saved and then apprenticed to a well-regarded London surgeon. When the surgeon is murdered, Ezra must use all his anatomical and forensic skills to solve the crime with the help of Loveday Finch; a freshly orphaned magician’s assistant and adventurist.

This book is packed full of intriguing historical information and a brilliant portrait of the opposing forces at work in Victorian London. It’s also a great page turner. Sawbones was the winner of the Young Quills Prize for best Historical Fiction (12+), and nominated for the Carnegie medal in 2015. The author, Catherine Johnson, appeared at the Suffolk Libraries Bookfest in March 2015.

Order Sawbones from our catalogue →